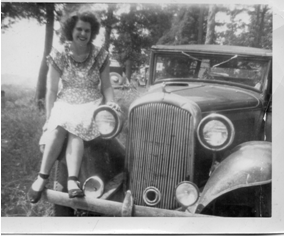 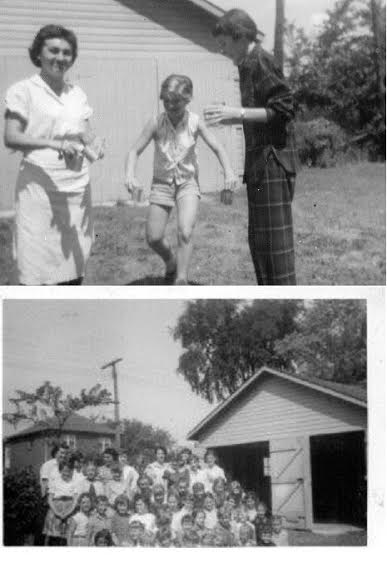 There are some nice people in our world and some nice companies also. It seems that Yardi Canada Ltd. is both.

Yardi is a property management software company for real estate worldwide. They are coordinating a project with the Alberta Residential Landlord Association, The Capital Region Housing Corporation, and the City of Edmonton to provide assistance to those affected by the devastation in Fort McMurray.

This project will provide information for the evacuees on what is available for housing through website Rent Café.

Yardi have offered their skills and services of all their offices on four continents free of charge for 6 months and have opened a Central Housing Registry. Landlords were able to register their properties first and make known what is available for rental accommodations. The Vice-President and General Manager for Yardi, Peter Altobelli, flew into Edmonton on May 16th. when the Premier of Alberta announced the opening of the computer site for the evacuees looking for housing. (http://www.cbc.ca.news/canada/edmnton/new-housing-registry-opens-).

Google has made this website the top pick for a web search which will run through ‘Yardi Rent Cafe’ (Central Housing Registry website): http://rentcafe.com/canada/fortmcmurraywildfires.

We applaud Yardi and Google for making this project so much easier for everyone and for this humanitarian effort for the benefit of the evacuees. Kudos.

Victoria Day  reminds me of the old days when we were kids. We didn’t really know much about Queen Victoria, but it was an occasion for a holiday which was great; no school.

There was an old rhyme kids used to say in grade school:

If we don’t get a holiday, we’ll all run away.”

The neighbours used to bring all their fireworks to the curbs in front of their homes in the evening after supper and let the fire crackers off there. We would run around with those little sparklers in our hands. The whole block was lit up celebrating. Lots of fun. I don’t know when or why it was stopped. Probably for safety reasons.

Did you ever hear of ‘gobbledy-gook’? It means nonsense. It is a real word. I found it in a crossword puzzle. I looked it up on the internet and it said it meant ‘language that is meaningless, gibberish and balderdash.’ Learn something new every day.

I have heard, through some tears, stories of some of my friends having to ‘downsize’ once they had moved to smaller quarters, some of this was done at the urging of their families. I looked around my apartment and realized that it was time to consider doing the same. My Mom told me that I had started a library when I was four. Probably a slight exaggeration, I think, but maybe close. But it is time to, once more, get rid of books and papers. Hard to do, though.

I found about ten copies of columns by William J. Thomas of his writings about his two cats Malcolm and Weggie. The columns were titled, ‘Life in the Litter Box’ and great fun to read again, especially for me since I have a character cat also, Tiger. I remember buying his book, ‘Malcolm and Me -Life in the Litter Box.’ The columns go back to 1994 and 1995 and were in The Pet Magazine. However, I may just keep them for awhile longer. I can see that this getting rid of stuff may take awhile.

My Mom and others had a lot of different expressions and I have heard so many more since I was a kid. One was, “Stop chewing the rag.” She used to say that when some siblings would be arguing about something. Another was,” It is harder where there is none.” I usually heard that when I didn’t want to eat my peas. And the old time favourite was, “I bet some poor little child in China would be glad to have that”, whenever we complained about something. I think every kid I knew heard that one. Another one she said was, “Hold your horses”, when we were impatient about something.

And, some old ones we all have heard, “You must have got up on the wrong side of the bed, Saved by the bell, Sleep tight, Bite the bullet, Kick the bucket, More than you can shake a stick at, Pain in the neck!! Cat got your tongue? A bone to pick, An axe to Grind, The whole kit and caboodle, Madder than an old wet hen, No spring chicken, Lick and a promise, Been through the mill, Feather in your cap, Best bib and tucker, Lickety split, Straight from the horse’s mouth, Lick and a promise” many more. Still hear a lot of them today. Bet you can easily think of 20 more. Here is a photo of a young pretty 16year old Hazel McIntyre sitting on the fender of a Model T Ford. Hazel said that it belonged to her husband before they were married. They had to crank it up to get it going and then enjoyed short rides in it. Hazel is a tenant of Beek Lindsay Seniors Residence. Wonderful old photo. Hazel, thanks for showing it to us. In July of 1957 I was a counsellor at a day camp for children in Cornwall. It looks like we were in the Athletic Grounds at Fourth and Marlborough, but I am not sure. One of the photos I have looks like the Armouries across the street

We had a lot of fun and it was good for the children to be out doors with others having a good time. We all benefitted.

In the one photo Wendy Fox , one of the campers (Center),is fooling around and trying to show another camper and I how to walk when carrying jars of water so we wouldn’t spill them. She made us laugh so much that we spilled them anyway. I am not sure who the other girl is.

I had gone to high school with Wendy’s brother, Eddie Fox, so I knew Wendy before the day camp. I remember how much fun she was with a delightful sense of humour.

The other photo is of the whole group. It was called the ‘Day Club’ and sponsored by the ‘Y’ (YW/YMCA). Seems like long time ago…and it was.

Here are some fun quips sent to me by a viewer-

As I get older I realize:

1) I talk to myself, because sometimes I need expert advice.

2) The biggest lie I tell myself is that I don’t need to write that down; I will remember it.

3) When I was a kid I thought nap-time was a punishment. Now it is a mini-vacation.

4) The day the world runs out of wine is just too terrible to think about.

5) Wouldn’t it be great if we could put ourselves in the dryer and come out wrinkle-free and two sizes smaller?

6)’ Getting Lucky’ means walking into a room and remembering why I’m there.

Have a good week and a Happy Victoria Day, Dawn

Seniors Situation Room Victoria Day & Summer Camp by Dawn Ford added by admin on May 24, 2016
View all posts by admin →