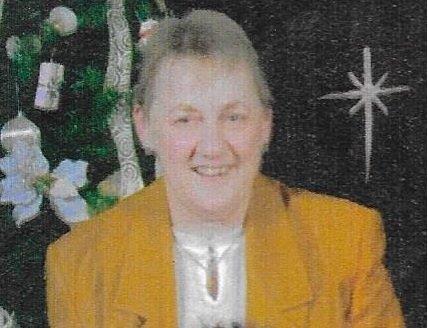 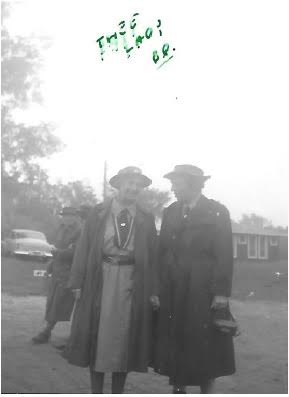 With this wonderful summer weather, it is great to see animals running around or out walking with their owners. The squirrels are also running around here and there looking for a treat. I saw two young ones playing, I thought but then I heard chattering as if they were having a ‘rhubarb’. ( I watch too much baseball!)

It reminded me of a time when I was walking toward a corner near a lawn and bushy area. All of a sudden, from out of the bush, darted a baby skunk. He ran past me and off the curb onto the road. He froze on the spot, probably terrified. What to do? I didn’t know if baby skunks sprayed or not but I couldn’t let him stay on the road with traffic due any moment. Just as I started to go to him, the Mother skunk came out of the bush. Was she angry!! She yapped and yapped at that baby as she raced to the curb, totally ignoring me, luckily. He didn’t move. She stepped off the curb, onto the road and grabbed him by the scruff of the neck, just like Momma cats do with their kittens.

She carried him to the lawn area near the bush and plunked him down on the grass, as she continued her scolding tirade of him. He scampered behind her and both disappeared into the bush. It was amazing thing to watch. It was the closest I have ever come to a skunk and I have to say they are very beautiful. Of course, if I had been sprayed by the Momma skunk, I might not think they are so beautiful. If a skunk is going to spray, I bet it would be one defending her baby.

Our little human tots are amazing also. I remember visiting my brother Brian’s home one day to find his little toddler, Joel, playing in the sand box, having a great time. His Mom, Louise, came to get him for lunch and a nap. He was not a happy camper to leave his play area. Inside the kitchen, this tiny tot with the strength of a little Samson, somehow pushed his highchair from the table area to the back door, saying something like, “Me go out.” I guess his idea was to get out that door as soon as he could and back into the sand box. No nap for him. What a cute little guy he was. Bit bigger now but still cute. Here is a wonderful senior who is celebrating her birthday this July: Veronica MacDougall. Veronica was born in Holland and came over with her family by boat to Canada after WW2 when she was 6 years old. The family settled in Williamstown, ON. Veronica is a graduate of the Hotel Dieu Hospital School of Nursing, class 1965 which just celebrated 50 years last year. She worked at various places such as the Lachine General Hospital, the Glengarry Memorial Hospital in Alexandra, later the VON and in more recent years the Community Nursing Home in Alexandria. She retired a few years ago.

I met Veronica when I moved from the West Island of Montreal to Glen Norman, ON in 1981. Veronica and I have been close friends since that time. She has been known as one the best nurses in the Glengarry area. She is also known for her unfailing kindness to everyone she meets and a rescuer of animals. She is loved and respected by everyone who knows her.

Veronica has been battling an illness since the fall but is making a steady and good recovery. We wish her good health and a Happy Birthday to a wonderful lady.

In the summer of 1955,the Trinity Anglican Church Girl Guides travelled to Doe Lake for a camping holiday with other Girl Guides from various locations. Doe Lake is situated in the Katrine, Ontario area some 30 miles north of Huntsville. It was quite a long trip but worth it to see this beautiful lake and all the pine trees. We set up our tents, readied our pallets /palliasses (beds of straw) and got ready for a wonderful time, meeting other Guides and enjoying the incredible scenery and fresh air. It was great recreation for a bunch of young girls.

My favourite things were canoeing in the lake and singing at the evening campfires. As we canoed over the glistening waters we often sang,” Land of the Silver Birch” and my favourite, “Quand le soleil dit bonjours aux montagnes”. In those days I don’t know what kind of insect repellent was available but we used to dab on some Absorbine Jr. The mosquitoes and black flies left us alone. With the odour, some people might have wanted to leave us alone also. ..lol. Most of us were ok with the scent, so it didn’t bother us one bit and we were’ bite free’.

Here is a photo of a very important visitor we had: Lady Baden Powell talking with another Guide Leader. I had written on the photo: ‘ Thee Lady BP’ (Baden Powell) because we were so excited to have her visiting the camp. She was very friendly and interested in everyone. What a wonderful lady and a great opportunity for the Guides to meet her.

A friend told me that she had been outside of a Tim’s restaurant and gave a piece of a bagel to a seagull. She said she had never had so many’ friends’, all of a sudden. Reminded me of the time I took the advice of a report from the Weather Channel on what to feed birds. I know apples and seeds were part of it and probably some nuts. I chopped the apples and got a large tray all prepared. I threw it at the back of my lawn and walked toward the house. Honestly, maybe 20-30 seconds, not more, went by and all of a sudden, my lawn was full of seagulls. How did they know the food was there SO FAST? There wasn’t a crumb left for any other bird. I wonder if the scientists know or are studying what kind of scent detector these seagulls have that they can be far away but pick up an odour so swiftly. Amazing!

Please support the sponsor of this column – to be a sponsor email info@cornwallfreenews.com

Does Smoking Make You Look Older? That is the title of an article in a recent Disabled World newsletter. According to Dermatologist Dr. Romeo Morales, the answer is,” Yes”. Along with the diagnosis ‘tied’ to cigarette smoking such as lung cancer , emphysema and other non-life threatening serious ailments, Dr. Morales says that “smokers are more susceptible to sagging of the upper eyelids and chin, under-eye bags, lines between the nose and mouth and around the lit (so called ‘smoker’s mouth”). If that is not enough, the article says that smokers are more susceptible to non-melanoma skin cancers, wrinkles, skin aging, psoriasis, dental problems and hair loss. Not good news for sure.

To read the entire article which is very informative go to: LINK

The burglar asked the parrot, “Was it you who said Jesus is watching me?”

Relieved, the burglar asked, “What is your name?”

The burglar said, “That’s a stupid name for a parrot. What idiot named you Clarence?”

The parrot answered, “The same idiot who named the Rottweiler Jesus.”