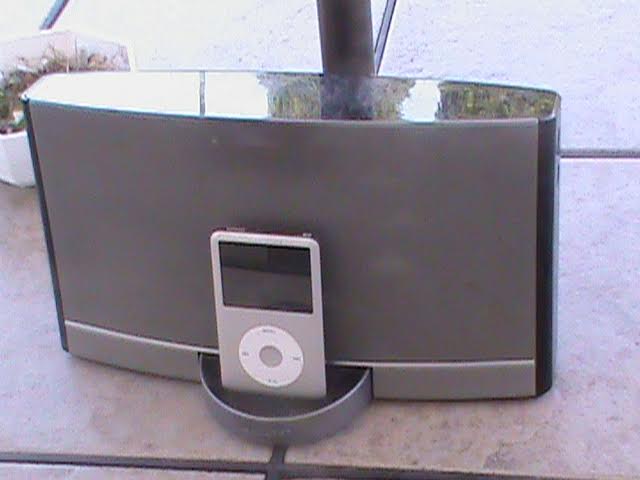 Doug & Rachelle Raymond live in a lovely avenue in Cornwall Ontario.   Doug, a retired accountant, has a card game with some of the family friends on Friday nights.

Raymond home on the right

The group of Seniors generally don’t play past 10PM and listen to such raunchy artists and bands as…Chicago, Tom Petty, the Bee Gees,  Burton Cummings, April Wine, and the Beach Boys.

The music, played on their Bose home music unit, can’t be played too loud because they of course need to hear each other while playing cards. Which is why Mr. Raymond was utterly flabbergasted when a knock on their door Tuesday led to a citation of $130 which was delivered by a Cornwall by law enforcement officer who had decided to accept the complaint of a neighbor without proof or speaking to the Raymond’s.

This is the same by law officer that gave a “Vicious Dog” order over a month ago in the same manner, that the city has yet to respond to.

Mr. Raymond, speaking with this writer, stated that their neighbor has phoned police over fifty times making complaints and that they’ve never been warned or charged, including previous noise complaints.  He was so upset he contacted Cornwall Power Lawyer and former Crown Andre Bourgon who had defended the Worm Kids.

Even though the cost to address the citation is much greater than the amount ticketed for, the Raymond’s feel it’s worth it, and are upset at the manner in which this was handled.

I know the Raymond’s to be good people and I value the confidence that they have placed in me.  Expect that matters will be litigated fully and we hope that good sense prevails in their favour.

The by laws themselves are a bit fuzzy to read, and clearly open to interpretation.

A reasonable person, reading number 8 might perceive that it’s ok to party on your patio until midnight, but #9 doesn’t state if it’s separate to #8 or it’s simply supporting #8, which if is the case shows that Cornwall may have something against music?

It gets stranger further down the document.

So according to this by law playing music is bad at all times in Cornwall, but ringing of bells and banging on gongs, or blowing a horn or siren is ok until 11PM in a residential neighborhood?

Cornwall is a community that has been reaching out as a place for seniors to retire to, as there’s not much else going on in the community whose best quality is that it’s close to places people want to hang out in but are too expensive, such as Ottawa and Montreal.

The town seems to have a by law officer or two that’s running amok issuing citations and giving citizens grief.   Are they on quota?  Are city coffers low due to a lack of economic development to the point that the city is citing and ticketing the population Willy Nilly?

Last week CFN published a Letter to the Editor for a Senior from Long Sault who was nailed for a ticket after parking with a hundred or so other cars on the grass at the Civic Centre during Ribfest?  Do the Jehovah Witnesses have to worry about their cars too?

Representatives for Abba have not responded prior to publication.

What do you think dear CFN viewers?   Should one be cited for listening to Abba in their back yard on a Summer’s Friday night while playing cards with friends?   You can post your comments below.

Excessive Noise Citation for Listening to Abba in Cornwall Ontario AUG 3, 2016 added by admin on August 3, 2016
View all posts by admin →

40 Responses to "Excessive Noise Citation for Listening to Abba in Cornwall Ontario AUG 3, 2016"