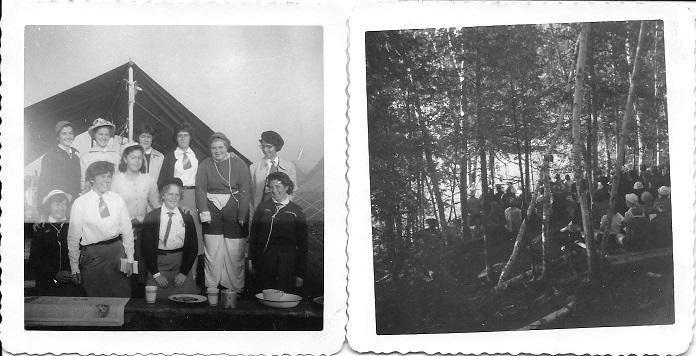 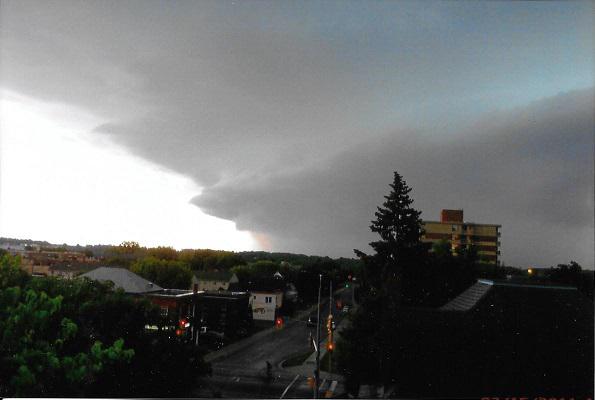 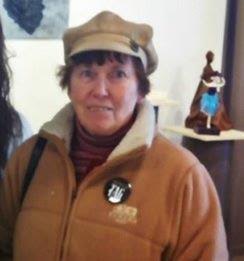 Cornwall Ontario – I first met Marie Greffe at the Marshall Arts Center on Third Street in the  90’s. She was assisting Claude Bordeau in his Tai Chi Class. She was peppy and lots of fun as well as helpful to all of us in the class. Marie also practices Judo. You don’t want to get her riled up!! Marie was married to the late Karl Greffe and they had 6 children. Now she has 8 grand children and three great grand children. If that is not enough to keep her busy, Marie volunteers her time to teach Tai Chi to residents at the Heritage Heights Retirement Home once a week. She also teaches Tai Chi on Tuesday mornings at the Seaway Senior Citizens Club at 1010 Guy Street and has a class on Wednesdays at 6:00 pm in the gym of the same building site.

Marie knows how to do the Japanese art of folding paper, Origami, which is associated with the Japanese culture. (There are instructions on how to do it on the Internet.) I saw her once turn a small 4×1 piece of paper into a tiny boat. Remember when we used to fold paper and make airplanes in school and throw them at each other in class behind the teacher’s back? Well, Marie can fold paper and make planes with a lot of details on them. And flowers and many other shapes. She said that she learned to do it to keep her kids occupied when in restaurants or on a trip.

Marie is a loving, caring person as well as being very talented. She is also a gifted oil painter and knitter. One busy and sweet lady who is another example of a wonderful senior in Cornwall who contributes so much to our community.

The history of Pommier Jewellers is interesting. According to their web site, it all began in 1879 when Eugene Pommier opened the first store in Ottawa. He had five sons who all eventually opened jewellery stores in cities in Ontario and Quebec. One of the sons, Armand, opened his store at 105 Montreal Road in Cornwall in 1937. George, his son, had a five year apprenticeship with his father and opened his store in 1952.Now George’s son Andre is heading the business at 6 Second Street in Cornwall just east of Pitt Street. It is a modern, immaculate, elegant store.

One of the things I always liked about George was that he treated his customers like neighbours, calling lots of them by name and was always friendly to everyone. Now when you go in, it is the same friendliness you are greeted with by André and the staff. And on any given day, George is there, smiling at the customers, just like old times. You are made to feel welcome there.

From the old Photo album:

In August of 1957 there was a Centenary World Girl Guide Jamboree in Doe Lake, ON. Many Girl Guides from Cornwall went including my group from Trinity Anglican Church. Guides from many countries of the world came with their unique and very special cultures and songs which were a delight as they shared them with all of us. We had so much fun. We had camp fires, canoed, swam in the lake, slept in tents, sang songs, and roasted marsh mellows over open fires.

There was also a gathering of Boy Scouts not too far from us and they visited us one day. Lots of cute guys for a bunch of young teenage girls to meet. In the photo on the left of some of the Girl Guides, I had written on the back that they were from Cuba, Columbia, Mexico and US Rep. The other photo shows our wonderful outdoor chapel in the woods by the water. It was wonderful to sing hymns in that natural setting. I remember vividly how spiritual it was to be there listening to the birds chirp, gazing at the tall pine trees surrounding us and watching the water flow by the lake with clouds floating here and there in the blue sky. It was serenity at its best.You could go to the Chapel anytime you wanted to be quiet and be apart from the crowd for awhile. Awe and wonder in our little Chapel in the Woods.

I became friends with two Guides from Cuba, non-identical twin sisters. I remember them talking about their leader Fulgencio Batista who they thought would probably be replaced by Fidel Castro one day. After they went home they wrote to me for many months. Then one day, in 1959, I received a letter that everyone was happy with Fidel Castro now in power. Sometime afterwards though, I received an unhappy letter saying that their father’s farm had been confiscated. One of the girls was leaving Cuba and going to study law in New York. The other girl was also leaving to enter a cloistered Convent of Sisters in California. And then the letters stopped. I always wondered about them.

Look at these storm clouds around Second and Augustus Street towards Water Street one evening and we didn’t get a drop of rain. This Tiger cat of mine is going to drive me to drink. Just when I think I am one step ahead of him, I find out I am not. I had brushed him and put the fur in the empty waste basket in the bathroom. Later a heard a bang. He had knocked over the basket and was partially in it getting the fur. He does like to eat his own fur. I have to be careful when I finish brushing him and start combing him to keep the hairy brush out of his reach. What next, Tiger Boy???

He also likes to tell me what to do and in what order. There will be a high pitched meow-like-scream, like someone is pulling his tail or something. …especially when I am concentrating typing at the computer. Frighten the heart out of me!! The screech goes through my hearing aid into my brain and sounds like someone is in there with a little hammer banging on the grey cells. It means come and brush me and let me play with my little mousey or I have no food and you are starving me to death or I just used the litter box and I need it cleaned out. Hop to it…now!!. He doesn’t have to tell me he used his litter box. I will know soon enough. Is all that worth a scream at me and making my hair go white with fright.?? He seems to thinks so because he repeats if often enough when he isn’t getting my full attention during his wide awake minutes. Anybody want a cat? Sell him cheap!!…on some days. But, of course, not all days.

Do you remember when we were kids eating those little green very sour apples? They were so good. As kids, we loved them. I think some of the boys used to climb fences and ‘pick’ them off of trees, if I remember correctly. One time my 8 year old brother Gerry and some friends climbed over a fence into a yard to ‘pick’ a few apples off someone’s tree. The guard dog on the property that had been chained up broke his chain and bit my brother. I vividly remember sitting beside him, five years old, as he lay in his bed his chest bandaged up. My Mom used to tell the story that I would say to him, “Don’t worry, Berry. I will look after you.” Gerry and his friends never ‘picked’ apples again.

An old Irish farmer’s sheep dog goes missing and he is inconsolable.

Philomena, his wife says, “Patrick, why don’t you put and ad in the paper?”

He does, but two weeks later the dog is still missing.

“What did you put in the paper?” asks Philomena.