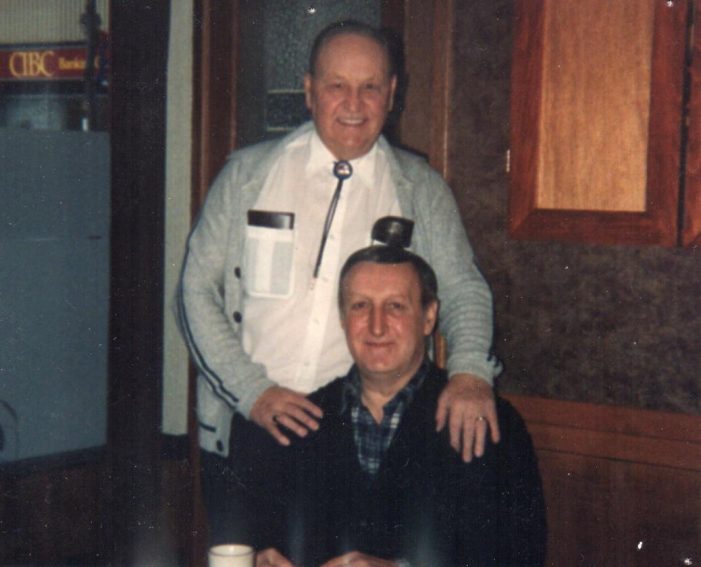 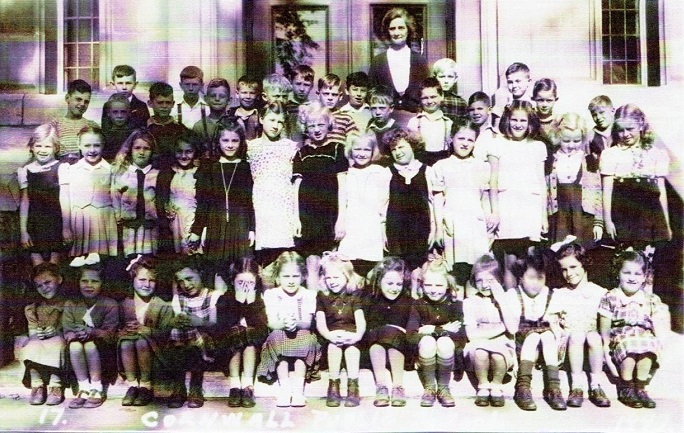 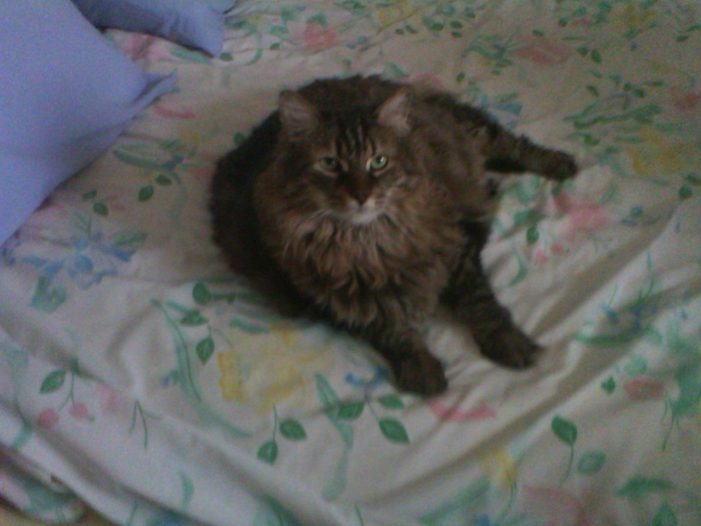 Cornwall Ontario – November 11th. Remembrance Day always brings back a lot of memories for all of us. I remember when I was young there were large gatherings of people at the Cenotaph in all kinds of weather, cold windy days or sometimes snowing and other mornings were bright and sunny. I can still see my brother Sonny Herrington (Navy), my Uncle Cecile Tardiff (Navy) and my Uncle Art Tardiff (RCAF) standing there with all the other Veterans and watch them salute as my brother Gerry played Taps on the bugle. The CCVS band blew on cold brass instruments often.

The laying of the wreaths by families and organizations was always so meaningful. As the years went by, people once more gather with our Veterans and citizens at the cenotaph every November 11th. And we listened to the words of the poem, ” For The Fallen” which was written in September of 1914 by Laurence Binyon:

“They shall not grow old, as we that are left grow old

Age shall not weary them, nor the years condemn.

At the going down of the sun and in the morning

We will remember them”.

My Dad came home injured from WW2 in 1942.  I was told that he was in France riding a motorcycle delivering secret messages to the Allies when he was shot. He returned home and recovered well.

Our Veterans were and are heroes. Yes, we will remember them at the cenotaph, and in our prayers and hearts.

When I was sorting out some old books I found Robert Fulghum’s book, “It Was On Fire When I Laid Down On it”. What a wonderful delightful collection of short essays.His stories are amusing, inspirational and charming. One of the stories tells about a young couple who wanted to marry. One was of the Catholic faith and the other of the Jewish faith. Neither family would have anything to do with the wedding. But the day was saved by a grandmother. Wonderful heart warming story of what love can do.

Robert Fulghum is an American author and a Unitarian Universalist minister. He is also the author of other books including ” All I Ever Needed To Know I learned In Kindergarten”. He lists 16 things he learned in kindergarten which include: share everything, play fair, don’t hit people, put things back where you found them and clean up your own mess. On his website are some of his quotes such as:” Laughter is the only cure for grief” and “Yelling at living things does tend to kill the spirit. Sticks and stones may break our bones but words can break our hearts.” Go to his website for more info on all his interesting books and quotes.

Another wonderful older brother of mine is celebrating a birthday On November 17th, Ron Herrington, known to so many people as ‘Satch’. Ron has always been a loving brother. He was also a loving son. When our Mom was in a nursing home for years, he was there every afternoon with her until her bedtime, regardless of what the weather was outside. During the Ice Storm of 1998, I wanted him to come and stay at my home and be warm because where he lived was experiencing power failures. He refused because he wanted to still go to the Villa daily and be with Mom. Great son. Great brother. Happy 82nd. Birthday Ron from all the family. We love you. This is my favourite picture of Ron with our brother Sonny: From the old photo album: An old school friend, Frances Glass-Irwin gave me this photo of a class of 1947 in Central Public School. The teacher was Miss Hall. Can you pick out children you know? We were cute kids, weren’t we??

Tiger is on a bit of a diet. The Veterinarian said to cut him down from 1/2 a cup of cat chow to 1/3. He also gets some soft food which I can give him a bit more of when he seems hungry. Oh boy! My life has not been the same. You think he was starving sometimes. Just that little bit..a few teaspoons and he is missing it. Guess we are all the same on diets. I don’t think he has lost any weight though. It might be hard to tell because he has his winter fur now and his coat seems to be even thicker. He’s just a big baby anyway and not fading away one bit. Harder on ‘Mom’ than him. Here he is, King of the Castle: There is talk again about having Sunday bus service. Oh happy day!! It would be wonderful for a lot of people who, for different reasons such as mobility issues and financial, have had problems getting around on Sundays. A lady who uses a walker said she hopes it will happen because she would like to go to church on Sundays. Others are looking forward to going to a afternoon movie or to one of the malls. Let’s hope it finally happens.

A friend sent this joke:

In a linguistic conference one professor was the clever winner.

His final challenge was this:

“Some say there is no difference between “Complete” and “Finished”. Please explain the difference in a way that is easy to understand.

The professor’s response was”

“When you marry the right woman, you are “Complete”.

If you marry the wrong woman, you are “Finished”.

And if the right woman catches you with the wrong woman, you are “Completely finished”.

His answer received a 5 minute ovation.