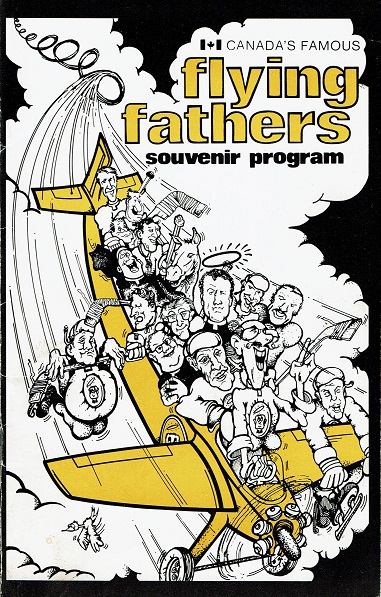 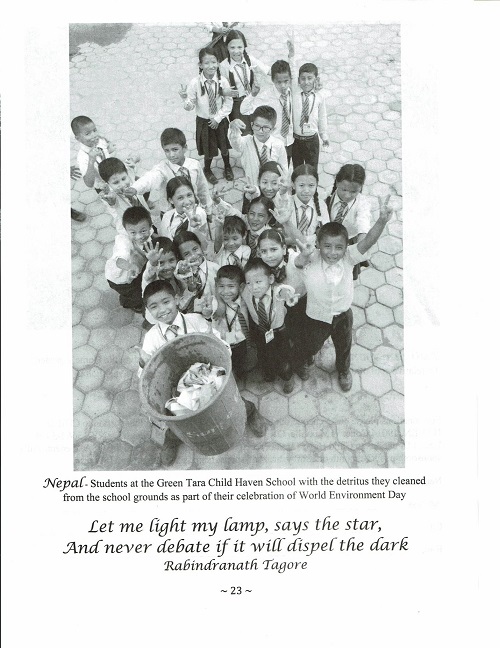 According to the program, the hockey team was the ‘brain child’ of Father Brian McKee and the original team was formed in 1963. I went on their website and The Flying Fathers are still ‘flying’ around the rink to help charities. When they did the benefit for Mount Carmel, It was a night full of fun and laughter and did a great job of raising money for the treatment center. It is interesting that we have such tiny cell phones, sit looking at tablets of various book sizes and yet have bigger than ever TV sets.

A friend and I were talking about skating as kids at the old rink on Water Street. Like the pool in Horovitz’s Park, once called Central Park, the rink provided us with lots of fun and great exercise. It was about a 7 to 8 block walk back and forth in the winter for my siblings but it didn’t deter us. Most of our friends were there and we enjoyed whirling around the rink to the music. I remember being very young and watching my brother Sonny’s wife, Vi, and her father Sid Lamesse, Pair Skate around the rink. They were so graceful, smooth and co-ordinated. One time, the Blue Danube Waltz was playing and as I watched them I was almost mesmerized by their skill. Others also would stop and watch them. As they got to the bend in the rink we would hold our breath sure that they would tumble but they always made those turns so gracefully and , it seemed, so easily. Most of us wanted to be able to skate like that one day. They were certainly role models for a lot of us young girls and boys.

Tiger, my cat, is in batting practice lately. He has a house on my bed and now goes into it to play ‘mousey on a string’. I always play ‘mousey’ with him after I brush him and he jumps around all over the place swatting that mouse. Now he often goes into the little house and perches in the doorway, paw ready to give that mouse a good swat as the mouse swings by the opening. He bats it with his paw, stays focused and alert for the rebound. His batting average is very high. The problem is that he doesn’t want to quit. After awhile my arm gets tired but he keeps poking his paw out the door, meowing, wanting more. What a cat!!

The fall newsletter from Child Haven International arrived with more wonderful pictures of happy smiling kids and interesting stories. There are photos and articles about some of the grown up children ready to go on to continuing studies for various careers such as Ram Krishna inspiring to be a health assistant. Harish Reddy finished grade 12 with a 91% average and is now enrolled in a 4 year Mechanical Engineering College. Shekar, another student, just received his Diploma in Mechanical Engineering with an 84% average and is now working on his Bachelor’s Degree. Babu Antony, who had been living in one of the homes for 13 years, is now beginning a Bachelor of Science and Math Degree with Child Haven’s support. I am sure that these stories are so encouraging for other students and everyone involved with Child Haven. If you are interested in helping the vocational and college student sponsorship program, contact Sheila Larsen at Sheila@childhaven.ca

One of the stories tells of a little 8 year old girl who was found begging on the streets after her parents died. Authorities brought her to a Child Haven Home. When she first arrived, according to the article, she ate ‘everything in sight’ which included plastic, crayons, leaves, etc. This habit slowly disappeared as her schedule stabilized and she had regular meals.

Child haven is a registered charity founded in 1985 by Dr. Nat Shah, Bonnie and Fred Cappuccino to help orphaned and destitute children and women in need of food , clothing, health care, shelter, education, moral and emotional support. There are 10 projects in four countries: Tibet in China, Nepal, India and Bangladesh.

Go to www.childhaven.ca for more information about Child Haven International . Here’s a cute joke sent to me by a reader:

Three sisters, ages 92, 94 and 96, live in a house together. One night the 96 -year-old draws a bath. She puts her foot in and pauses. She yells to the other sisters, “Was I getting in or out of the bath?” The 94-year-old yells back. “I don’t know. I’ll come and see.” She starts up the stairs and pauses,” Was I going up the stairs or down?” The 92-year-old is sitting in the kitchen having tea listening to her sisters. She shakes her head and says, “I sure hope I never get that forgetful. Knock on wood.”, as she raps on the table. She then yells, “I’ll come up and help you both as soon as I see who is at the door.”

One Response to "Seniors Situation Room by Dawn Ford The FLYING FATHERS NOV 18, 2016"