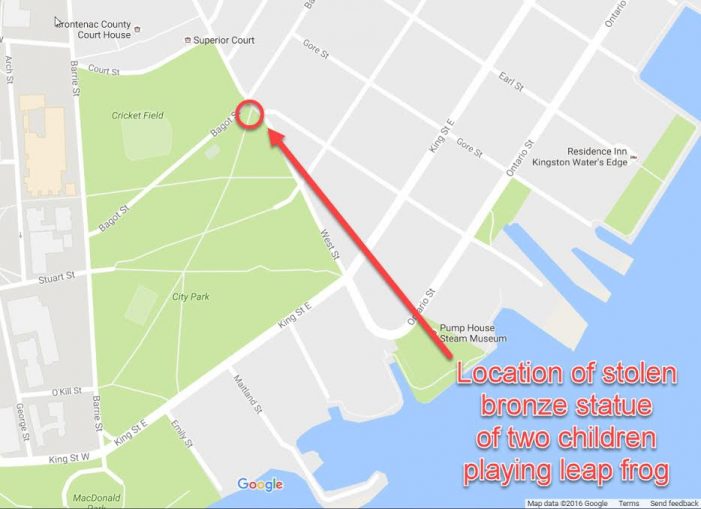 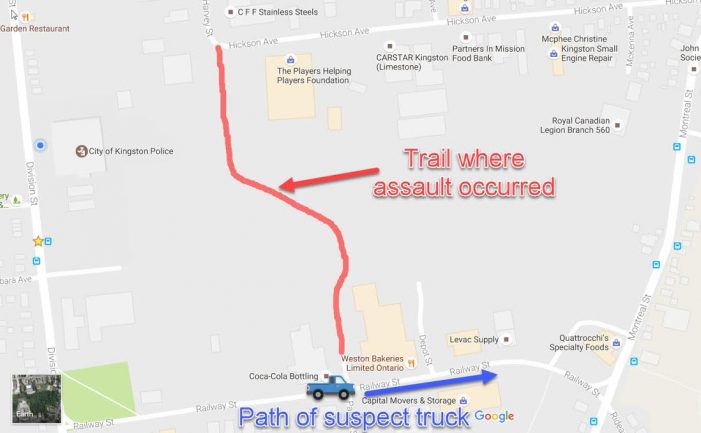 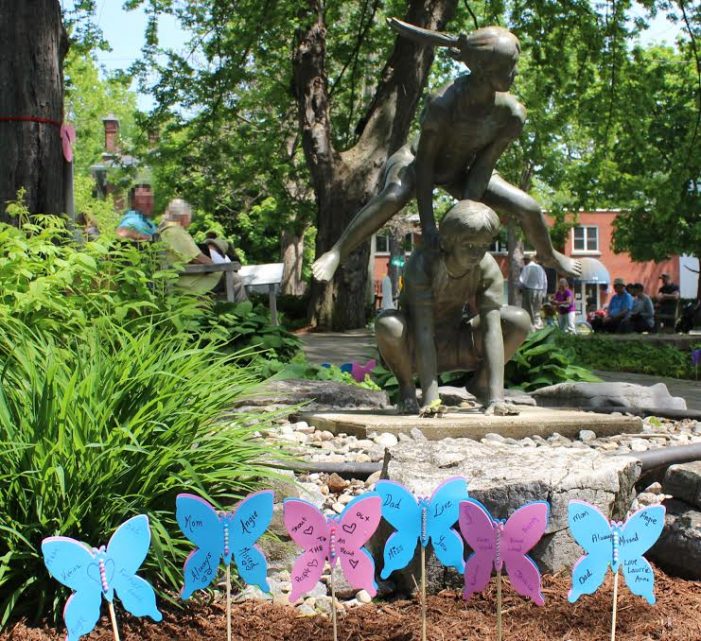 Kingston Police had 172 calls for service during the weekend of December 3-4, 2016. Of these 134 calls occurred in the city central area, 27 in the west end, five in the east end, and one north of Highway 401. Some of these included:

There were 12 individuals arrested within the last 24 hours, with one man and one woman, between 42 and 47 years of age, held for later release or to attend bail hearings for the following offences: theft over $5,000 and breach of Undertaking.

Kingston Police detectives are investigating the report of an assault on a 12-year-old local female from an unknown male suspect along an unofficial downtown trail.

Shortly after 3:00 p.m. on Thursday, December 1, 2016, the youth was with a male associate when they parted ways at the bend in the road that connects Hickson Avenue and Harvey Street. The female noticed four men in this location as she began walking south along a trail known to local residents that connects to Railway Street from near the rear yard of Weston Bakeries.

The female then noticed one of the four men approaching her on the trail, who yelled, chased and then assaulted her, causing minor but multiple injuries that later required medical attention at a local hospital. Her backpack was searched through by the suspect but nothing was taken. Detectives are still determining the possible motive for the assault.

The suspect was seen getting into the rear of an older-model dark-green pickup truck that was parked on the north side of Railway Street near the Coca-Cola plant and across from Benson Autoparts. It was also described as having the graphic of a horseshoe or possibly the letter “U” in the rear window. It was last seen travelling east on Railway Street towards Montreal Street. It is believed all four men she had originally seen before she entered the path left in this truck, two of whom were in the cab and other two, including the suspect, in the bed of the truck.

The male suspect is described as Caucasian, approximately 30 years of age, shorter but with a heavy build, and had a lip piercing. He was wearing a reflective shirt similar to what construction workers wear, with bright colours and reflective striping.

The three associates of the suspect are of similar age, ethnicity and were also wearing colourful shirts with reflective material. One may have had a moustache or beard. Kingston Police are requesting the public’s assistance in recovering a well-known bronze statue belonging to Hospice Kingston that was located in City Park.

Sometime overnight between December 4 and 5, 2016 the bronze statue of two children playing leapfrog was stolen. It is located in City Park by the small water fountain closest to the intersection of Bagot Street and West Street.

It was a donation to Hospice Kingston 20 years ago from a local supporter and holds high sentimental value to not only the foundation but to many in the community as well. It is approximately two feet wide and three feet high.

Anyone with information is please asked to contact Kingston Police at 613-549-4660 or via email at media@kpf.ca. A 37-year-old local woman is facing impaired driving charges after a taxi driver noticed her erratic behaviour in downtown Kingston over the weekend.

At approximately 1:00 a.m. on Saturday, December 3, 2016, a black Lexus was observed by a cab driver to be swerving across as it made its way up Brock Street near Regent Street. Kingston Police was called and a notice was put out to uniform patrol officers. The taxi drive continued to follow the vehicle to provide location updates as it travelled westbound on Bath Road.

The vehicle was observed by an officer travelling westbound on Bath Road near Queen Mary Road. The driver of the Lexus continued swerving across the lanes and was stopped on Armstrong Road. The officer noticed further signs of impairment while speaking to the lone female driver.

The woman was arrested for impaired driving and because Kingston Police did not have a qualified breath technician working that evening, the woman was transported to the Ontario Provincial Police Odessa detachment. An O.P.P. officer there, who is a qualified technician, took samples of the woman’s breath indicating she was approximately two times over the legal limit of alcohol in her bloodstream.

She was brought back to Kingston Police headquarters where she was processed and later released on a Promise to Appear (PTA) with a future court date. She is charged with impaired driving and driving with excess blood alcohol. Her driver’s licence is automatically suspended for 90 days and would face a one year suspension if convicted. The vehicle was seized and impounded for seven days, with the accused being responsible for all fees and fines. Additionally the woman was issued provincial offence notices for driving with an expired licence, and failing to surrender both her vehicle’s registration and insurance card.