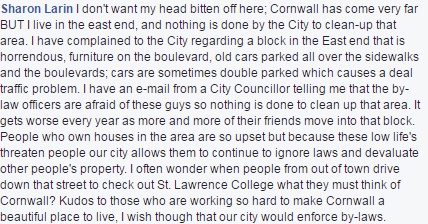 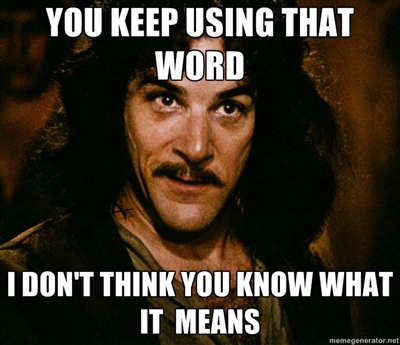 CORNWALL ONTARIO – It’s been said that people in Cornwall Ontario have less of a sense of humor than most Middle Eastern countries.

Memes litter social media.  Many are quite funny.  Cornwall Memes was a huge success with over 5,000 people clicking like on facebook before local police visited its creator.   It was taken down and soon Cornwall Memes 2 was created, but with nowhere near the success because the memes were watered down to the point of being near boring.

Robin Harper, station manager of Chez FM in Ottawa, a long time Rock station, has a picture of Hunter S Thompson on his personal facebook profile.  He dishes out a lot of memes on the station’s facebook page.

Ironically the Cornwall Christmas tree meme drew more traffic than his average offering.    Many in Cornwall seem to live in a bubble and react really really oddly to any sort of criticism.   It’s akin to putting a kids drawing on your fridge and then freaking out when someone points out that it’s in fact not high art no matter how much you say it is.

Now there’s nothing wrong with praising or supporting a kids art work.   However there are ways to react and to understand something some people call…. perspective…

Facebook offers emotional reactions to content now.   3 people actually used the crying emoticon for the tree pic.  I kid you not.

The comments, of which there were quite a few were even more ironic. This one below, by the seemingly intellectually challenged Amanda McMartin cracked me up.

For the record I don’t hate Cornwall.  I’ve come to its residents aid more times than many in the Clique.  In fact instead of being a parasite like so many of those in charge of our city I’ve contributed a huge amount.

Not sure Jennifer knows much about class? I’ve met her. Can someone please explain to me why there’s so much coke selling in Cornwall?  Wasn’t coke passe as of the 90’s?  Then again we have a lot of folks sporting mullets too still….

Mature people simply would laugh and let it roll, but a bunch of screaming mimi’s like Chris Munro, or nit wits like Alison Hudson or Randy Sauve tightened their undergarments freaking out and threatening to stop listening to the station; which I doubt many were listening to in the first place.

Instead of enjoying the reality that a radio station in our Nation’s Capitol showed us a wee bit of attention and rolling with it such a commotion was made that Robin Harper threw them a bone and posted a revised meme with a a third tree added.

Instead of the Mayor or Council inviting Chez’s station manager to come for a tour of our city we looked like a bunch of people from…..Cornwall.  We are being laughed at, again.

While there are some things to be proud of here in Cornwall and it’s always good to be home proud; reality is reality and there is huge room for improvement in the River City.

The reality is simply that we have a horrible reputation because of the choices the people of this city make.

A population that gave into the political machine of companies like Domtar led to a toxic dump with no membrane that is killing people in the centre of Cornwall being used as a ski dump.

That people think so poorly of Cornwall, from this meme to comments on CBC radio, to right across Canada.   While I chose to move to Cornwall in 2004, the comments I’ve received over the years are shocking as to why I ever would choose to live or stay in Cornwall.

Instead of facing the issues and trying to improve however people like Chris Munro and Amanda McMartin simply attack anyone that point out some harsh truths.

Until that changes and we really make some improvement here that people will notice  our reputation will not change.  Until we stop shutting down kids ice rinks when there are almost none in the city; or kids lemonade stands, or fining seniors for listening to Abba on a Friday night while playing cards in their back yards our reputation will not change.

And reputations can be important.

And the problem are not the corrupt leaders that pull the strings, but people like Chris Munro, who if I’m correct doesn’t even live in Cornwall, who support and give them free passes like kids shouting behind a bully in a school yard.

And that new meme on Chez?  After one day there’s been only about 20% as much traffic on it.   Aren’t people like Chris Munro clever?

Only three hearts.    Because the reality is those that criticize Cornwall the most are Cornwallites.

Robin Harper has not responded to our request for comment as of this story being published.