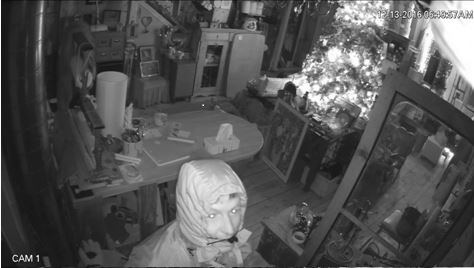 Seeking suspects for commercial break and enters on Kent Street

On October 29th, 2016 at approximately 2:35am, a lone male suspect unlawfully entered a commercial premise situated along the 200 block of Kent Street. An undisclosed amount of cash was taken from the location.

On December 13th, 2016 at approximately 6:45am, a second break and enter occurred at the same location where several tools were taken. It is believed that the lone suspect from the first break and enter was this time accompanied by a male accomplice (see pictures.)