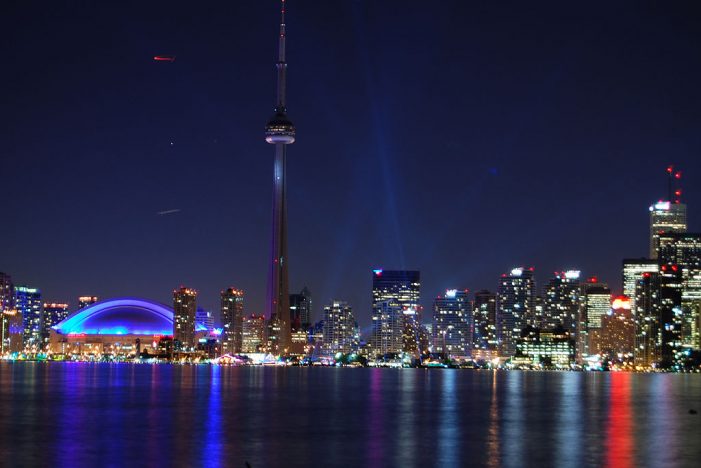 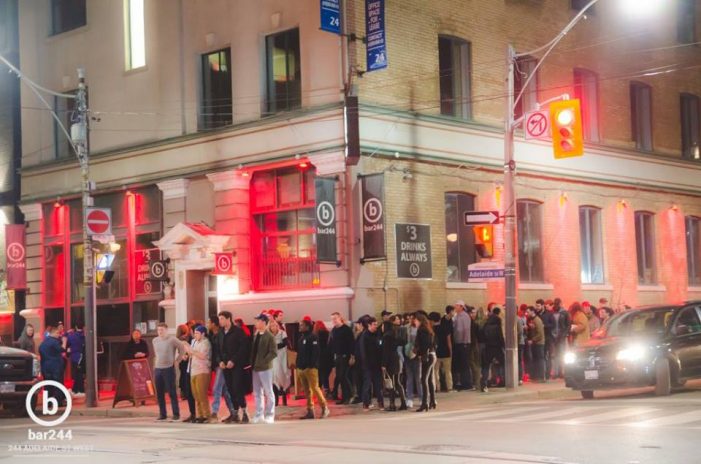 TORONTO ONTARIO – Toronto is a crowded place with millions of people coming and leaving the city every day, everybody is always in a rush to get somewhere here. I used to joke that I was a chickadee surrounded by millions of sparrows stuck inside a large, concrete bird cage. Mind you I was a bit of a pessimist back then and I secretly thought that the cage door was shut from the outside. When I think back to it now I like to imagine that the cage door is always open to everyone and everything and not just myself. I quite often like to refer to Toronto as the city of lights, and if you can’t figure out why then you should come visit and sit on a roof top; the city lights shine almost as bright as the stars do. I have grown to love Toronto because of the lights but also for the consistent hustling and bustling of traffic and people at all hours of the day or night, and there is always something to do … except maybe finding enough time to sleep.

As a proud ginger I like to think of myself as a free spirit, and I never tend to stay in one place for very long. I can’t stand still for more than ten seconds and I get bored very fast; that’s why I left Toronto initially and spent a few years hanging out in Cornwall going to journalism school.

In the end though, the city of lights carried me back home. I work for a big lingerie company as a brand specialist, in the heart of Etobicoke where every morning as I groggily slide open the gate just before seven am, I am greeted with loud, high pitched enthusiastic voices, yelling “hello!” from two rooms away.

Each morning is started off with coffee and outrageous stories about sex, life, and sometimes the aftermath of last night’s pizza dinner, while we all stand around the panty bar folding underwear and censoring bras. I have literally had a conversation with someone that I worked with about another guy we used to work with. He cancelled their plans to chill because he had a girl coming over. His texted to explain saying, “can’t hang out, I got a girl coming over soon and I got stuff all over myself.” that same conversation led into another conversation about having sex with deformed people and dominatrix’s.

Outside of work I still have the same four friends from middle school and over the years we have adopted a few extra strays along the way. When my friends and I go out we go for broke. There was one night this past fall my best friend Nikki G and I decided to go downtown with a few of our other friends to bar called Bar 244.

Since very few of us have licences and even fewer have cars we tend to frequent TTC transit more often than not. Pre drinking on the subway has become quite like an art with my friends when we go out now; in fact on this night Nikki G had taken an empty water bottle and filled it with gin and some sort of sickly sweet lemon liquor that gave the impression that he was guzzling down warm pee (and I say warm because the drink was room temperature). I might have been disgusted by the piss water, if I hadn’t been too distracted by an argument Gabe and Devon got into about who was faster, a horse or a pony? I’ll save anyone reading this the two hours we killed arguing over the topic, a horse is faster. Their argument which eventually had the four of us picking sides over the debate lasted until we made it to Devon’s buddy’s condo downtown, where it was finally looked up and concluded.

Four rounds of flip cup, one bottle of red wine, and 45 minutes later, I was feeling really great about myself as I stumbled from the condo with my friends on wards to the bar. Devon and Gabe holding me up as I clumsily zig zag down the damp pavement in the dark, the lights guiding me forward to victory! And more drinks. I was starting to sober back up about half a block from the bar when my clumsiness won out again and I tripped on a crack in the sidewalk (to my defence it was a big crack), I see the concrete getting closer to my face and just as I’m about to eat cement Devon swoops in and saves the day, catching me just before I do. I wish I could tell you that after that instant I took that as my cue to pack it in and hail a cab but I didn’t…

That night continued on into the wee hours of the morning between me getting separated from my friends and gaining a groupie that followed me around and begged for my lips. Despite the attention and advances of the opposite sex however the single girl in me wasn’t interested. My heart and mind seemed too consumed by another ginger haired free spirit that was off somewhere else on this night; I had just recently gotten out of a serious, four year relationship and although I was in no rush to get back into another relationship, I found myself slipping right back into one again.

Instead of embracing the single life like I had been longing to do for so long, I now found myself pushing it away again, was I really ready to jump back into the frying pan again? I could have had my pick of anyone of the guys I saw at the bar that night to go home with but I wasn’t interested. I may not have been taken but I sure acted like it; my head screamed you’re not ready for another real relationship, go out and be single! And it got me thinking, how soon is too soon after leaving one relationship and entering into a new one? After a really bad breakup are you ever really ready to let that someone else in and experience the wonders and terrors of love again?

Born and raised in Toronto, E. V. Hutcheon studied journalism at St Lawrence College in Cornwall Ontario. She currently lives in Toronto with her family, three dogs and a rabbit, near the Humber River.