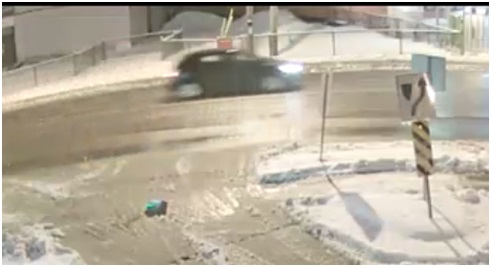 (Ottawa) — The Ottawa Police Service Collision Investigation Unit is looking to identify a potential witness regarding a fatal collision on March 25, 2017 at approximately 2:30 am.

Investigators believe the witness was traveling southbound on Merivale Road and was passed by the Honda involved in the single vehicle collision. The Honda struck the utility pole shortly after passing the witness. Attempts to identify this vehicle have been unsuccessful at this time.

A 27-year-old male was fatally injured in this collision while the 20-year-old male is still recovering from his injuries in hospital.

If anyone has information or recognizes this vehicle, contact the Ottawa Police Service Collision Investigation Unit, at 613-236-1222, ext. 2481