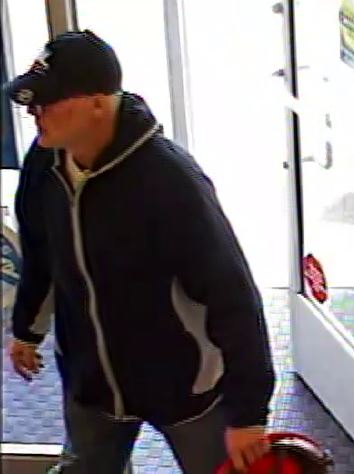 (Ottawa) — The Ottawa Police Service Robbery Unit is investigating a recent bank robbery and is seeking the public’s assistance to identify the suspect responsible.

On April 28, 2017, at approximately 10:20 am, a lone male suspect entered a bank situated along the 400 block of Montreal Road. The suspect approached a customer service representative and produced a note making a demand for money. The suspect indicated he was armed though no weapon was seen. The suspect fled the premises with an undisclosed quantity of cash. There were no injuries.

Anyone with information regarding this robbery, or any other robbery, is asked to call the Ottawa Police’s Robbery Unit at 613-236-1222, ext. 5116.