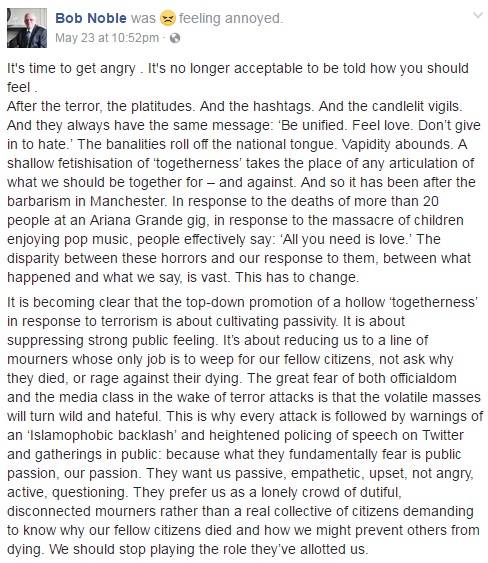 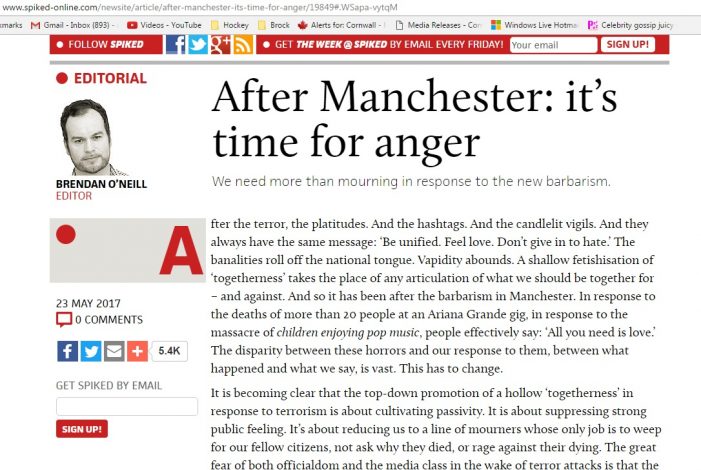 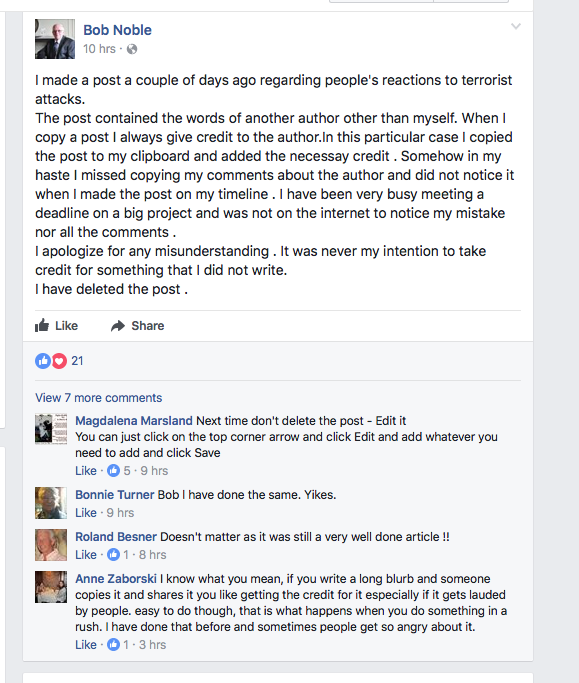 Cornwall Ontario –   What a weird world the internet and social media are molding.   Out of the pain, fear, and suffering connected to the terrorist attack in Manchester this week an old nasty hate filled man decided to “steal” some poetic words.

It worked too with many praising him on social media.  Only thing was they were in fact not his words. Lovely sentiments; only Bob didn’t write any of those words.  He simply stole them from editor Brendan O’Neill over at Spiked-online. Word for word.   Hundreds of crazed local conservatives were full of praise for “Bob’s” words.

Even one local media wannabe praised him inviting him on his online radio podcast.

Now that’s comedy.   Because anyone that’s had the displeasure of meeting Bob Noble, or listening to Bob Noble, who was at the centre of one of the worst desecrations of the Poppy, would know that the words printed in that post would never emanate from the beer addled brain of a newspaper burning hate filled monster.

Here is a phone conversation I had with Bob.  Does that sound like the voice of the words he ripped off?

To see some Bob’s shenanigans while his hate group was running you can visit www.Hatemirror.com. Noble actually published the below AFTER this story came out.   Eek, that’s some really weak spin Bob.  Ironically his fellow partisan political friends are trying to comfort him.   Of course Bob didn’t correct a single post praising him before this story was published including his invite to appear on a radio podcast.