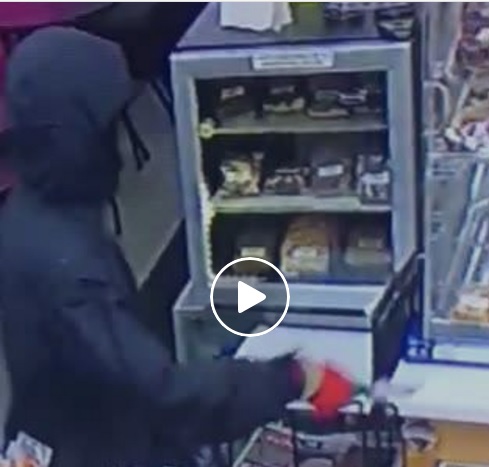 Cornwall Ontario – In what appears to be a terrifying hold up at knife point, MacMillan’s Convenience store was held up Sunday.

The owners of the store have it cammed and post shoplifting clips on social media regularly.   Today they posted video of the hold up which oddly enough the Cornwall Community Police failed to include in its police blotter for the day.

The CCPS refuses to issue reports of actual amounts of calls and breakdowns like the much more professional Kingston Police Service and other forces do.  They also didn’t inform the public when a sub machine gun was stolen from the local Armory.

With its budget creeping to nearly double that of the OPP for SD&G the force is under more pressure to be accountable to the public.

Luckily nobody was physically injured although the poor cashier must have been traumatized.

We will update if the police catch the culprit…..and actually let the public know.