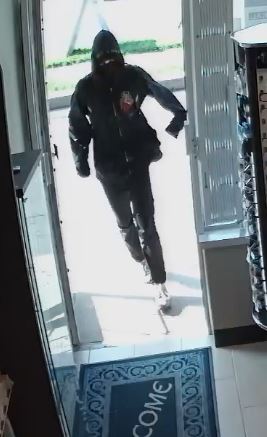 (Ottawa) – The Ottawa Police Service Robbery Unit is investigating a recent pharmacy robbery and is seeking the public’s assistance to identify the suspects responsible.

On August 17, 2017, at approximately 9:30 am, two suspects, disguised in dark clothing, entered a pharmacy situated along the 1700 block of Kilborn Avenue. The suspects proceeded behind the counter, where one suspect proceeded to take filled prescriptions, while the second suspect gained access to the cash register. The suspects fled the premises and had bicycles parked nearby. The bikes were described as being mountain bikes, one black with grey writing, and the other black and red. There were no injuries and no weapons were seen. The suspects are described as follows (images attached):