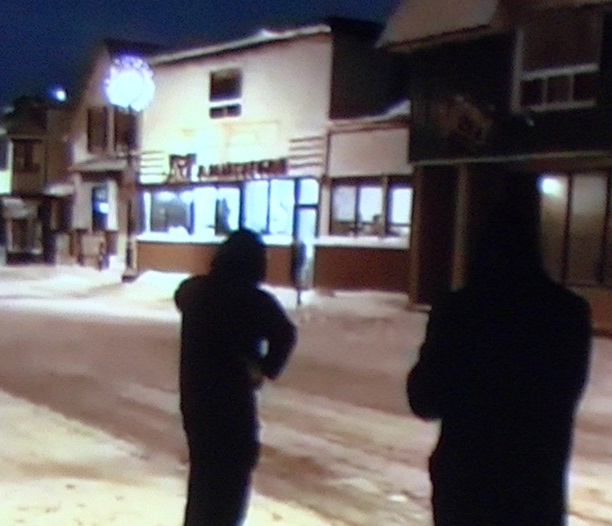 Cornwall Ontario –   The dirty and unwashed took a local immigrant family to the cleaners on social media after a strange, but sadly, typical restaurant experience.

Mix people with difficulty using the language and recent immigrants to our great country who are trying to build a business and you end up with shouting in the near deserted streets of small town racist Cornwall Ontario.

The strange video clip above, captured from social media,  shows the tail end of the frustrations of local restaurateurs seeming to be tired of uncivilized parents allowing their offspring to behave like….offspring,  leaving messes to be cleaned up.

At the root for the local family was what seems to be a hidden surcharge or forced gratuity, which is legal, but if you have reading and comprehension issues, as so many in Cornwall have (and that’s just counting those at City Hall) can lead to a double tipping situation.

With the new draconian raising of the minimum wage in Ontario it’s becoming really hard for small businesses to staff and keep up service which leads to stressed nerves.

The owners posted this strange apology on their social media page which led to over 500 attacks, mostly attacks from (apparently this “Cornwall gentleman” may have spawned offspring)

many who never have nor will as ODSP and Ontario Works payments make it difficult for a single momma and her brood to hit up the ol buffet. Now if we can only get these joints to stop drowning their food in bloating MSG…. See sometimes we humans can identify an issue, but our resolution can be odd, like smoking cigarettes to cure a cold…

While most of the social media responses were juvenile Jerry Springer like, the illiterati have now discovered memes which reduce spelling and communication issues and not having to feel the pressure of adding something productive or original to a conversation.

Some did put some effort into making thoughtful comments. The man at the centre of this mess, proud poppa and loud street screamer, Bradford Lauzon,  who screamed on Montreal Road at an unarmed tiny woman posted as well. The lessons learned are fairly clear enough.   People that run restaurants, especially those not familiar with their surroundings need to be as tolerant as they expect their customers to be.

Another restaurant, Panda here in Cornwall, called the police on yours truly a few years ago because they were upset that I posted on Social media that I in fact don’t like pieces of metal strainers or 1 hour delivery service for my $40 meals.   They asked me to leave when a local lawyer wanted to meet for lunch there catching me completely off guard.   Instead of trying to resolve the issue they went banzai on me like the other owners did couple calling police.

After calmly letting the owner make a fool of herself on camera I left.

In the food biz the customer is always right, even when they’re wrong.  It’s part of the trade. Chasing families into the street rarely equates into more business as does banning someone for simply pointing out that they failed to provide their food which we pay a premium for.

As for kids, well, far too many parents aren’t responsible enough.  It does cost money to clean and other clients really don’t want to pay to eat out to get food flicked on them from adorable tots or hear screaming or some of the other joys that parents choose to partake in when they forget to use birth control or are seeking a career income here in the River City.

It seems that courtesy has left the building in 2018.   And while it’s not a Cornwall centric issue it does seem to be oddly something that people feel the right to defend, being discourteous…..in this area.   This odd sense of entitlement to be rude.

Will you still go to J&T?  Did you ever go to J&T?   Is haute cuisine to you Eastside Mario’s?

Tipping Point at J&T Japanese Thai in Cornwall Leads to Social Media Frenzy of Hate 021518 added by admin on February 15, 2018
View all posts by admin →