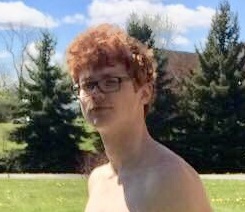 Kingston Police are Looking for 2 Males Wanted for Attempted Murder

On April 9, 2018 at approximately 5:20 p.m. police responded to a male victim lying in an alley behind 85 First Avenue, between Kingscourt Avenue and Nelson Street. The victim had been severely beaten by two male suspects. The victim was taken to hospital where he is currently in critical condition.

This morning, April 10, 2018 at approximately 2:00 a.m. the same two suspects entered a residence on Newmarket Lane and violently assaulted another male.

19-year-old Josh Owen Simpson and a 17-year-old youth, both from Kingston, are wanted for attempted murder, two counts of aggravated assault, and robbery. Please view the attached photo of Simpson. Anyone who sees Simpson alone or with a youth, is asked to call 911 immediately and cautioned to not approach.