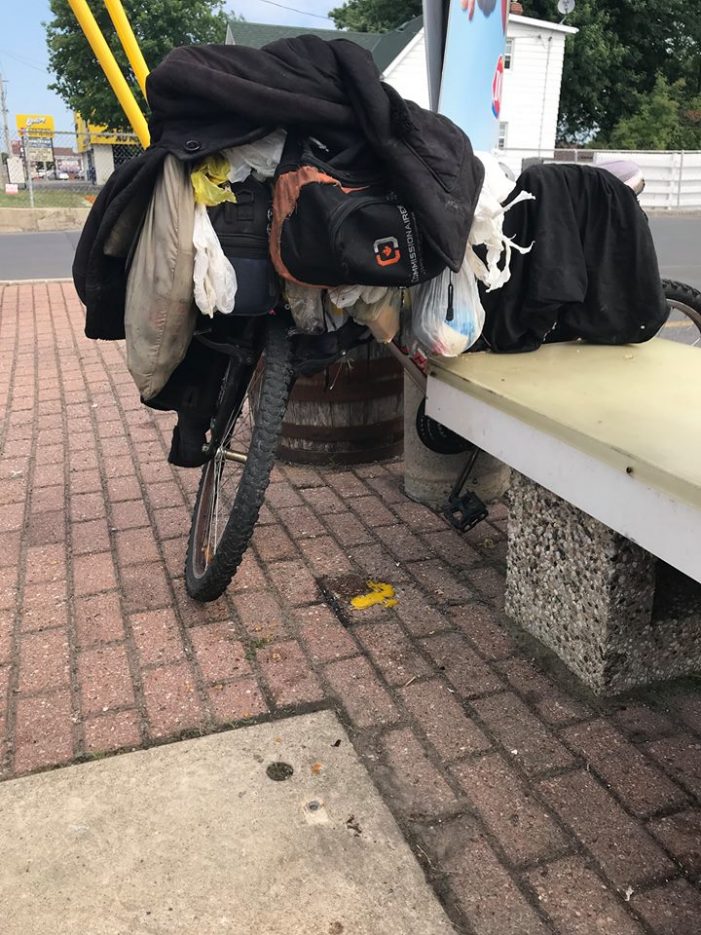 Cornwall Ontario – The River City can be a boring place, but a familiar face so many know is Carl.

He’s mentally delayed, but loves to ride his bike all over the region ranging far out of Cornwall.

Besides his bikes he loves guitars.   When I had a store on Montreal Road he’d be a regular and would drive a hard bargain when he spotted some old radio he wanted.

Sadly, there are some less charitable and ignorant sods in this town and apparently they egged Carl while he was taking a break at the local Dairy Queen in broad daylight.

Carl does have a home, but many think he’s homeless because he spends his days, even in Winter, peddling around and living his life.   While many have no time for people like Carl, most smile and are friendly as he really is harmless.

They say a society is only as strong as its weakest link.   Egging someone like Carl is not something that should be tolerated and those responsible hopefully will be caught and held accountable.

There’s been no word if the CCPS were called or if surveillance cameras picked up the attack.

We’re still waiting word from the CCPS to confirm that there was a complaint filed.

Desk Sgt Mark Anderson confirmed that there have been no complaints filed with the CCPS at this time nor has the Dairy Queen sent in any cctv footage.