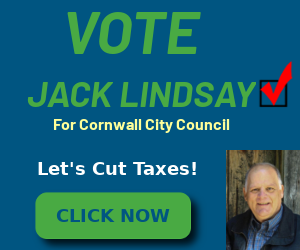 Cornwall, ON – The Cornwall Community Police Service has cordoned off a section of the city as a result of an incident that took place at Carleton Street address early this morning. As a result of the incident, the Cornwall Emergency Response Team is assisting in maintaining a perimeter for public safety. Negotiators are attending the scene to make contact with a person who has barricaded himself inside the residence.

For public safety, an outer perimeter has been established in the area of Carleton Street, between First Street and Walton Street. The Cornwall Community Police Service is requesting that the public remain away from the area and nearby residents remain in their homes until further notified.

The Cornwall Community Police Service would like to thank the public for their cooperation and will provide more information as it becomes available.

**UPDATED AT 9:28 AM**
On the morning of August 23rd, 2018, police were investigating a barricaded male. The incident has been concluded safely. There is no further danger to the public and the area has been re-opened. The Cornwall Community Police Service would like to thank the public for their cooperation while police were conducting the investigation.