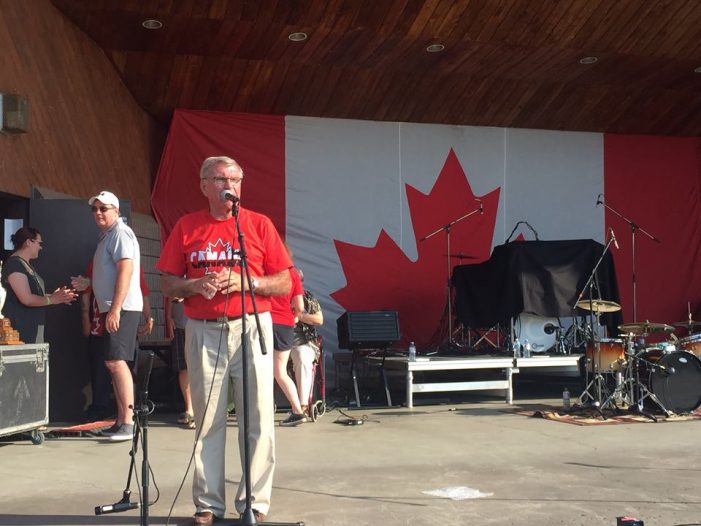 Cornwall Ontario –   With the release of an unauthored letter that was sent to council and complaints from the City of Cornwall Canada Committee member of no audited(or unaudited)  numbers being shared,  as well as not being invited to committee meetings announced with little to no notice,  questions are mounting whether the corruption surrounding the CCPS and local crowns will lead to an investigation and charges or cover up the allegations which include (but not limited to):

Monies given for services to Lauzon family and friends

Influence peddling, and most serious of all, funds contributed for Canada Day being used to host non Canada Day activities.

The committee canvasses local businesses for support including asking each council member to kick in $500 each yearly!

Sources connected to the CCPS leaked to CFN that a complaint was filed with them, but it’s hush hush.    The CCPS has not responded to CFN as of press time.

Emails were sent out by this newspaper, but we are now getting info in from multiple sources including the anonymous letter sent to council. MP Lauzon’s executive assistant Adrian Bugelli gave a firm “NO COMMENT” to our telephone call to his office this morning. If you have information you’d like to share, publicly or confidentially you can email jamie@cornwallfreenews.com or dial our hotline at 855 444 1133. The poorly attended Canada Day event saw this year’s biggest complaints were the lame fireworks with one person saying they lasted less than ten minutes and citing how Morrisburg had a way better event, as well as vendor issues.

The City of Cornwall has confirmed that monies tendered by it to the committee are issued to Lauzon’s MP’s office.

Likewise, he uses his MP official email for the committee instead of a personal one.

Cornwall City Councilor and representative from the city on the committee Mark A MacDonald sent in the following statement for publication.

Being held accountable when it comes to using public funds should always be an issue and, as the Council representative on the Canada Committee Committee there is a deep concern regarding accountability and governance  issues.

Personally it’s been very stressful trying to get information from ‎some Committee members.
Like any other legitimate organization there should be an Annual General Meeting with audited financial statements and a proper election of officers.
The public deserves to know if the money raised for Canada Day events was used in the proper manner.  At this point, I don’t know if all the money was spent appropriately. There needs to be a complete audit of the Canada Day Committee books.
There needs to be a proper process for allowing people to serve on the Committee. Several people have volunteered for the Committee and are willing to step forward providing things are done according to the regulations.
‎Mark.