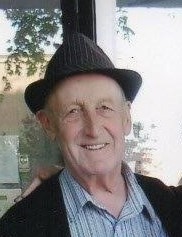 Ronald “Satch” Herrington passed away at Heartwood Nursing Home on Saturday, July 11, 2020 at the age of 85.

A very special thanks to Heritage Heights residence staff and Heartwood Nursing Home and their wonderful staff who took such great care of Ron.

Cremation has taken place and a service will follow at a later date.

Condolences may be left at www.mcarthurbrosfh.com

Obituary HERRINGTON, RONALD in Cornwall Ontario added by admin on July 20, 2020
View all posts by admin →