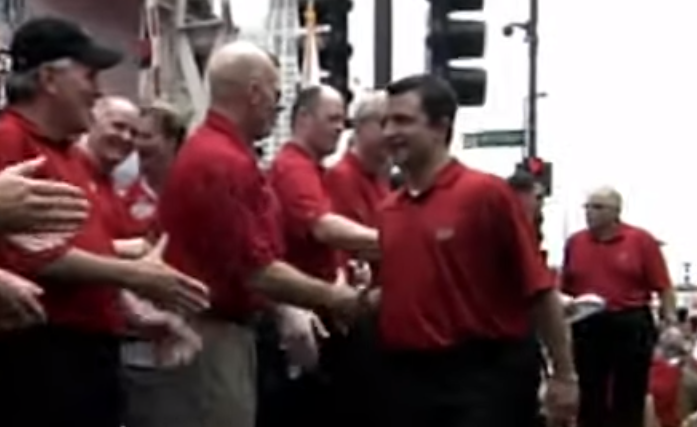 November 8, 2021 – I was mulling whether to write about the Kyle Beach NHL Sex Scandal or not. After all, what could I add? Well a lot, but did I want to? And then the Aaron Rodgers getting Covid-19 while breaking NFL protocols and putting others at risk happened.

Who you are many times plays a big role in a result. Stars get treated differently whether they are the good guys or bad guys.

Kyle Beach is a brute. He’s fought the NHL’s toughest of the tough in Tom Wilson. He’s fought Zack Kassian & Milan Lucic. He’s fought Radko Gudas. ( I heart Radko) yet, but Kyle’s own testimony in the very light and poor quality “Independent” investigation was that a wee twerp sexually assaulted him with threats of a Cubs mini baseball bat.

NHL players are taught young to stand up for their team mates, especially enforcer tough guy types which Kyle was supposed to be. He didn’t just fight, he racked up penalty minutes. He’s a big physical guy who could snap Brad Aldrich in two. They also are expected to stand up for themselves.

So why didn’t he? How many boys & girls have been sexually assaulted who simply pushed back on their aggressor? Looking backwards is easy, but you have to look at each persons role. And you have to consider what those in hockey hearing of the incident, most of whom are in hockey culture would react to this story too.

Can one blame his own teammates for verbal abuse? The messaging during the process was such.

The team investigated and gave Aldrich a chance to resign and avoid punishment which was utterly wrong, frankly illegal, and led to further damage at the hands of a predator. Beach was most likely not Aldrich’s first victim.

Frankly if all those involved were not aware then they weren’t doing their jobs from the Hawks to the NHL, and to the NHLPA.

Clearly the team focused on winning the cup first and I can tell you that’s a good thing. That’s why they were all there, but that being said both Kyle and Aldrich should’ve been excluded by the team for the run. Not left to be within scrapping distance.

According to reports the abuse by Kyle’s teammates didn’t start until training camp the next season.

Again, what they saw was Aldrich leave without being punished. They heard the rumblings of the story, but would any NHLer really support the story of a twerp assaulting a power forward? Not really.

Did the team dump Beach? No, he was back, but it didn’t work out and sadly Kyle got hurt the year after and faded like many players do for various reasons. Not everyone makes it.

Now this isn’t about victim shaming. Nobody can live in the moments that Beach did, and we can only go by what we’ve read or watched. There could be issues in Kyle’s past, but if Beach had simply pushed off Aldrich would we all be discussing this now?

If Beach had beat Aldrich, and put him in the hospital I have a hunch the team and management would’ve reacted much differently; most likely publicly supporting him and his career path and life might have been very different.

Again, that’s not blame; just how things work. It’s not a judgement of right or wrong. Nobody should be assaulted, sexually or not. But choices are made and for whatever reason Kyle made his choices and Chicago management made theirs, as did the NHL & the NHLPA.

The problem is that Kyle has paid the price for his, and all those involved have not been held accountable.

The Commish is hired by the owners including the Hawks owner. He represents them; not the league overall. The report was paid for by the Hawks. It was not mandatory. Duncan Keith, who had the same agent as Beach, declined to be interviewed. You generally can’t get as truthful a result if people were not questioned.

Why wasn’t Gary Bettman interviewed for the report?

Clearly Chicago knew about the incident and lied. A $2M fine? Puh lease. $25M and loss of draft picks should be the penalty to ownership.

All those connected to the cover up, and frankly the cover up is more concerning than the act in this writer’s opinion, (again, not to belittle the seriousness of the incident) should be banned from Hockey period. That means all the men in that room who stayed silent and supported the decision. Those same men who didn’t speak out in a decades time with most denying facts that the report clearly showed them to be lying about. They didn’t enforce the sexual assault policies in place at the time. This includes Donald Fehr and anyone in the NHLPA that knew about the Beach incident and didn’t take action.

As for Kyle’s Hawk teammates. Frankly I give them a free pass; even Duncan Keith. The signals from management and the strangeness of the story put their reaction in play. Essentially they didn’t want Kyle for a teammate. Again, not a right or wrong issue, but a team is a team, not individuals. At least good teams.

At the end of the day hockey is a cultural entertainment where little boys get paid lots of money to play a little boys game. It’s rough. It’s about winning. It’s what the fans pay for.

At the end of the day if Hockey doesn’t clean house and resolve this they will lose fans and interest for decades and they already have enough problems for expanding to the point where most of the 32 teams can’t put together two strong lines or a full 6 man core.

Now if Kyle Beach was Aaron Rodgers would the instance be handled the same way? Nope. Star franchise players mean a lot more to ownership and management.

Rodgers, an antivaxxer, violated the rules agreed upon by the players union and the league. LINK

For unvaxxed #covidiots like Mr. Rodgers the rules are pretty clear.

As we know the unvaxxed can spread the virus more than those who have been vaxxed . Clearly Rodgers was violating the rules and the team knew.

The NFL has to take action against the team and the player. Will they? Will it send a loud enough message? Again, to this writer what Rodgers did is akin to someone having unprotected sex without disclosing they have aids. They knowingly broke the rules or law, and in Rodgers case he put his teammates and staff at risk.

When someone does that they deserve the strongest penalty possible. Now that’s not “woke” speak. That’s putting your team and franchise at risk knowingly. Frankly Rodgers should be suspended for the rest of this season and the team fined. What he did was selfish and ignorant and if he was a rookie receiver probably wouldn’t have been tolerated.

I doubt that this will happen; anymore than I doubted any true accountability in the Kyle Beach case other than some cheques written to settle the outstanding cases.

Frankly a few more names need to be removed from Lord Stanley’s Cup. Brad Aldrich would not have been able to injure others if those in charge had done their jobs properly. Many profited by staying in the jobs for over a decade after the incident.

Understanding NHL Culture re KYLE BEACH & Aaron Rodgers is a Scumbag HOCKEY CRUNCH by Jamie Gilcig added by admin on November 6, 2021
View all posts by admin →