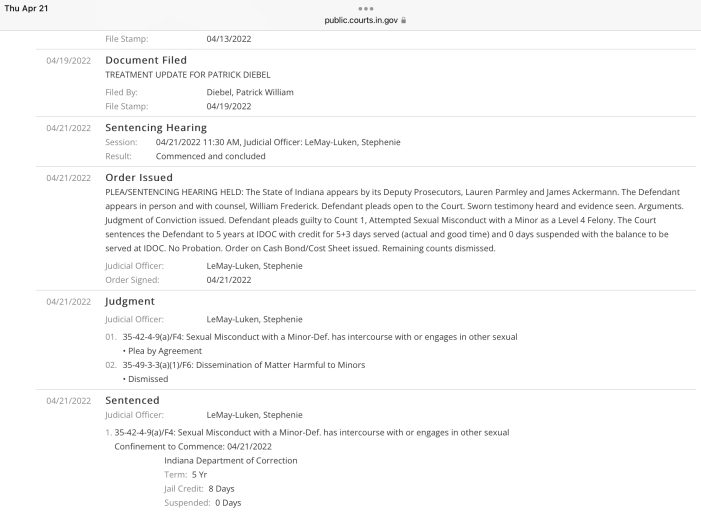 APRIL 21, 2022 – Patrick Diebel had it just about all in Cornwall. VP at Morbern and perks, like travelling. He also apparently had a penchant for sex with under age girls and will now has pled guilty according to documents.

The defense argued for House arrest, but at the end of the day Mr. Diebel ended up with 5 years which is a much longer sentence than our Canadian Courts would have dealt him.

No word if Canadian authorities are investigating Morbern officials who are alleged to have attempted to cover up when other allegations occurred in Ontario?

PATRICK DIEBEL Sentenced to 5 Year Prison in US For Child Sex Crimes After Plea. added by admin on April 21, 2022
View all posts by admin →

4 Responses to "PATRICK DIEBEL Sentenced to 5 Year Prison in US For Child Sex Crimes After Plea."