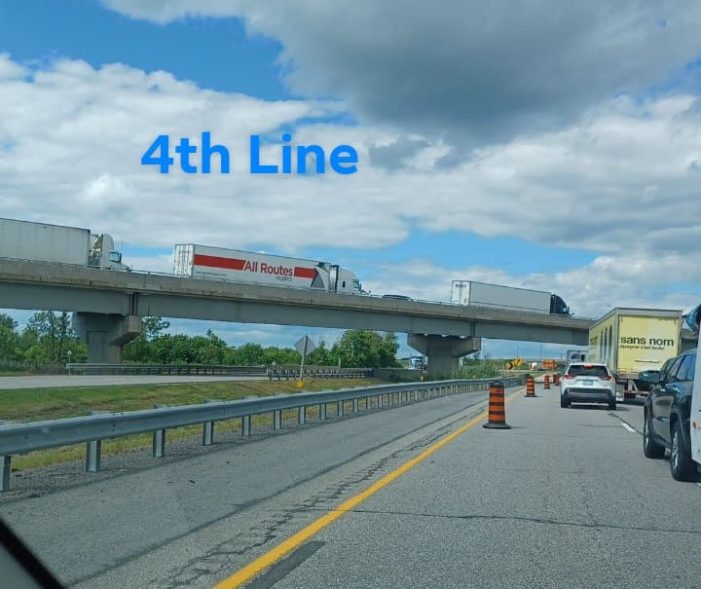 CORNWALL ONTARIO – Drivers are fuming. After an early morning tweet and release about a tragic fatality blocking up the 401 Eastbound, nearly 10 hours later the public still has no real updates.

One driver has been pronounced deceased at the scene. Their name is being withheld pending notification of next-of-kin. The other driver did not sustain any injuries.

The investigation continues with assistance from the OPP Technical Collision Investigators (TCI) and Reconstructionist. Highway 401 eastbound at the 4th Line exit remains closed until the completion of the investigation.”

Emails and calls to the OPP were not responded to as of Press time.

Lisa Duchene, of Cornwall stated the following to CFN:

“I left Cornwall at 2:30 looked for any publication on updates for this traffic and could find nothing yet I’m sitting here still 1 hour later please beware of this area at rush hour.”

Normally traffic would be diverted, but in this case it’s jammed and limited to one lane in stretches.