FEDERAL OFFENDER WANTED Photo of Kirk NICHOL attached.  (Ottawa, ON) – The Repeat Offender Parole Enforcement (R.O.P.E.) Squad is requesting the public’s assistance in locating a federal offender wanted on a Canada Wide Warrant as a result of his breach of statutory release.   Kirk NICHOL is described as a Caucasian male, 61 years of age, […]

The Greens will continue to get major media coverage which will ramp up as we get closer to the election date. We are already seeing this happen. Why? Media types will have a hard time saying positive things about the Trudeau government and I suspect many feel disappointed and betrayed by his broken promises, utter […] 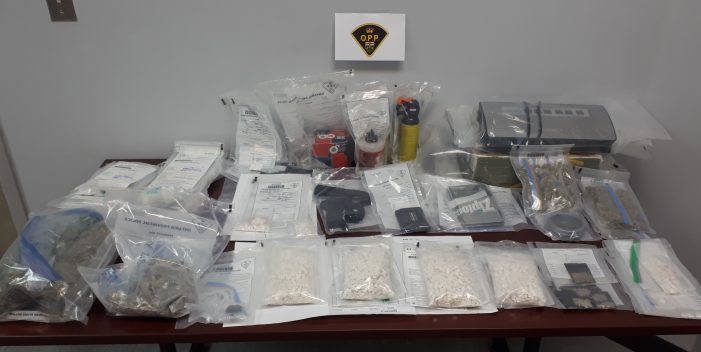 Charges laid against gymnastic instructor for sex related offences  (Ottawa) –Yesterday, Ottawa Police Sexual Assault and Child Abuse Unit (SACA) laid charges of Sexual Assault and Sexual Interference against a 27 year old Ottawa man, Klyne PITPITUNGE. The charges stem from incidents that occurred in March and April 2019, while the accused was employed as […]

(OTTAWA, ON) – On Sunday March 31, 2019 shortly after 2:00 a.m. officers with the Ottawa Detachment of the Ontario Provincial Police (OPP) responded to a vehicle travelling eastbound in the westbound lanes of Highway 417 in the area of Terry Fox Drive. The motor vehicle was safely intercepted and stopped by officers. The male driver, Todd […]

Aggressive dog shot by officers during an attack  (Ottawa) –The Ottawa Police Service is advising of an incident in the area of Bank Street and Athans Avenue late last night just prior to 11:00pm.  Frontline officers attended the residential area regarding a person screaming.  Once on-scene, a large aggressive dog lunged towards the officers. As […]

MISSING MALE LOCATED DECEASED NEAR ROCKLAND QUARRY (ROCKLAND, ON) – On February 6, 2019, Robert Wolfe, age 36 of Clarence-Rockland was reported as a missing person to the Ontario Provincial Police (OPP) Russell County Rockland Detachment. Members of the Rockland OPP had conducted searches of the Rockland area without success. Family and friends also gathered to search […]