CHARGES LAID – THEFTS (NORTH DUNDAS) – On October 2, 2017 at approximately 2:33pm, Ontario Provincial Police (OPP) Stormont Dundas and Glengarry officers responded to a report of a theft of alcohol at a business on County Road 3, South Mountain, Ontario. The male suspect left the store in a dark vehicle. Community Street Crime officers observed the […]

(Lanark Highlands Township, ON) – On October 2, 2017 at approximately 12:20 p.m. officers from the Ontario Provincial Police (OPP) Lanark County detachment responded to the report of a robbery at the LCBO on Clarence Street in the Village of Lanark. Preliminary details of the investigation indicate that 2 males entered the store demanding money and are believed to have […] 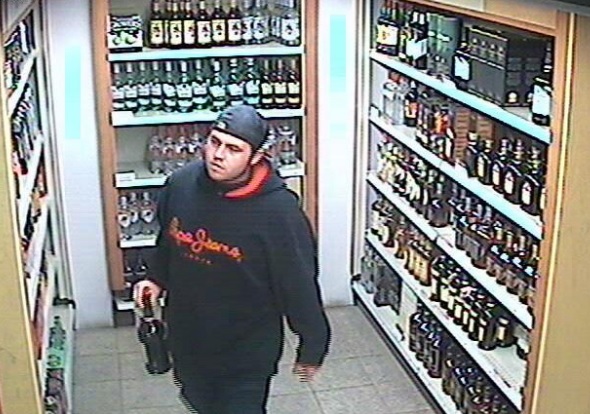 THEFT OF LIQUOR-PUBLIC ASSISTANCE SOUGHT (North Dundas) – On December 20, 2014 at approximately 6:03pm, SD&G OPP officers responded to a report of a theft at a commercial property on County Road 3, North Dundas Township. Investigation indicated that at 4:58pm, a male suspect removed a quantity of liquor bottles without paying. This was […]