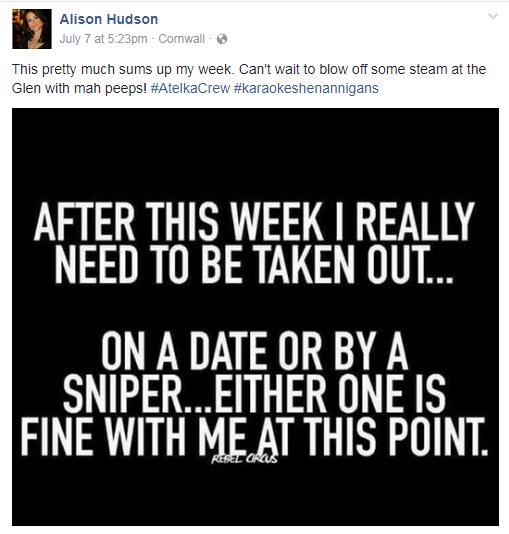 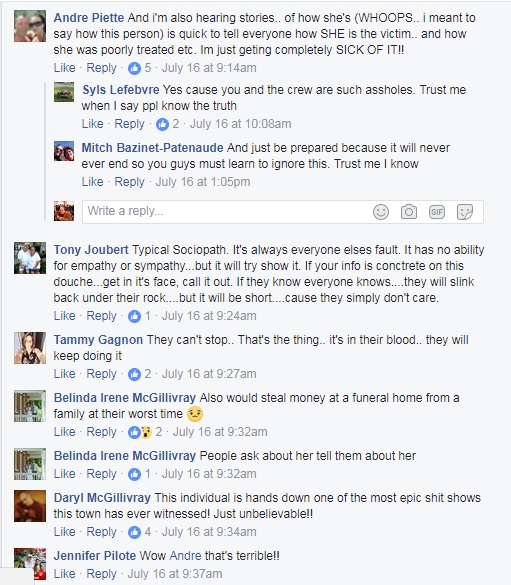 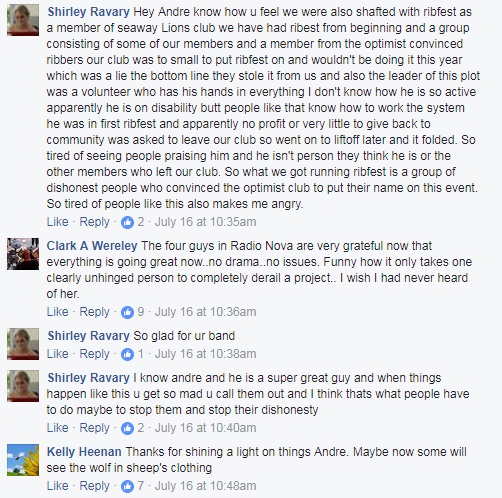 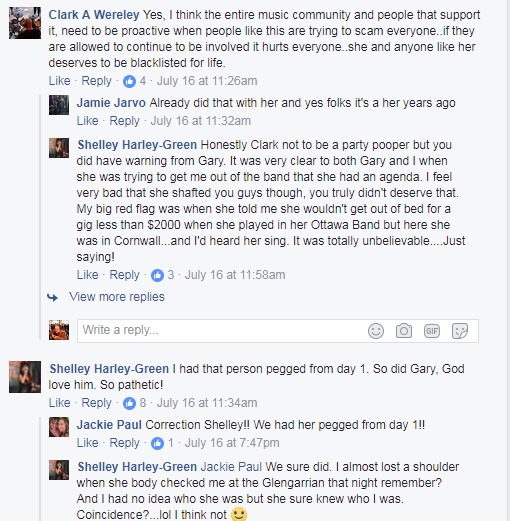 Cornwall Ontario –  The very great Myles Goodwin penned the lyrics to Rock & Roll is a Vicious Game.   For Alison Hudson it appears to have become true in Cornwall Ontario.

She posted this meme after a social media thread went viral in June about her being dismissed from the Alison Wonderland Band around New Years. The explosion occurred after allegations of all sorts of mayhem by Ms Hudson led to her ultimate dismissal in the band that bore her name and frustration about rumors.

Seven months after her departure stories were still being alleged against Ms Hudson.   Oddly enough not a single person came to her defense during the near 50 comments.   Before Alison took down her facebook page (or blocked this writer after sending her a message offering her to present her side) there was nary a peep when she posted that meme. Ms Hudson is big with our MP Guy Lauzon, Team Cornwall, and just about any other group in Cornwall.  CFN was told that she was asked to resign from the Optimist Club after this storm hit. Of course stories like this thread out.   An entire story could be devoted to allegations over our local Ribfest which played a key role to the demise of Lift Off. The music community in Cornwall; like the arts community in general, is a reflection of the culture of Cornwall.

Pills and booze.  In the music industry?!

The Band in Happier Times.

CFN was told that Alison is threatening to bring legal proceedings against the band.  She has not responded to our messages as of press time.

As for the band, they’ve stayed together and now are rolling as RADIO NOVA.   Here is a link to their facebook page.

To reach us you can email info@cornwallfreenews.com

Alison Hudson Not in Wonderland Anymore. Dumped by Band. By Jamie Gilcig added by admin on July 26, 2017
View all posts by admin →

3 Responses to "Alison Hudson Not in Wonderland Anymore. Dumped by Band. By Jamie Gilcig"