I live in a very very strange town.    Because of a City Hall led boycott many agencies refuse to send press releases or invites to CFN even though their works require the most amount of exposure to be successful. I watched from our public art gallery, which is in the process of wrapping up […] 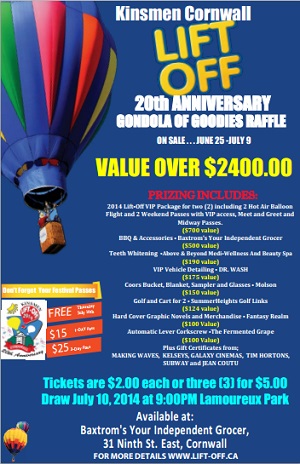 CORNWALL Ontario – With the 2014 20th Anniversary edition of Cornwall Kinsmen Lift Off only  6 days away they need volunteers to step to the plate in a few areas. From the release: We need people to help with crewing…assisting with the balloons (primarily those that have drivers licenses and can back up trucks)  and chasing them […] 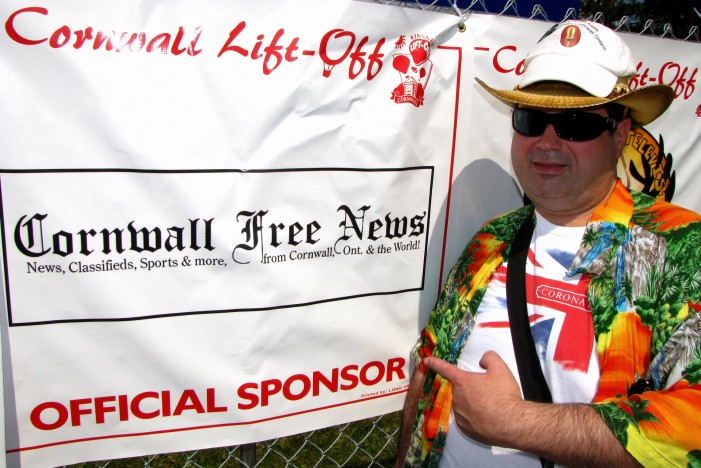 CORNWALL Ontario – I’m proud to announce that CFN is returning as a sponsor to the Kinsmen Cornwall Lift Off ! The keystone event for our great city for 2014! We last were sponsors in 2010 when Lift Off set its all time attendance record! Jason Jesmer, event Co Chair sent in the following statement: […]

Cornwall Ontario –  It’s very sad for me personally to see how the Kinsmen Avonmore Cornwall Lift Off organization has failed our community.   The event has struggled since their biggest year in 2010 after Chris Savard, its founder, left in a cloud of mystery that led the group to have to beg for an […]