Police made a grisly discovery in what appears to be a rooming house in the East End of Cornwall Saturday night. The CPS confirmed a non suspicious SUDDEN DEATH @ 418 Water Street East. Another media outlet tried to dramatize the sad event that involved basic precautionary procedure in most SUDDEN DEATH incidents. In a […]

CORNWALL ONTARIO – Neighbors in a Cornwall large apartment building in the 200 block of Second Street West were suffering from nasty odours in their hallway that turned out to be a gentlemen in his 50’s that had died in his apartment. Estimates were that he’d been deceased for over a week before his body […] 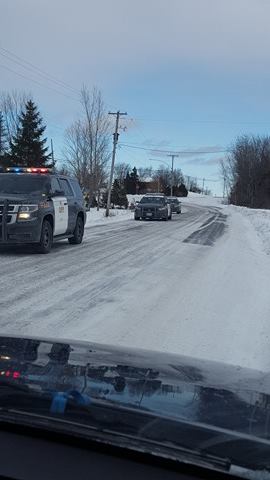 CORNWALL ONTARIO –  A CFN viewer alerted us to a medical emergency in Monkland Ontario this morning. 3 cop cars 2 ambulances .  All of the cops are inside the house not in their cars.  Both ambulances left with no lights on which means either non medical emergency or death. The occurrence took place on Roxborough […]