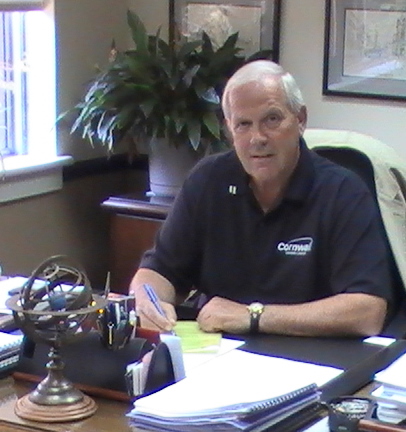 MP from 1988 – 2004; member of the Cornwall Hockey Hall of Fame, and our current Mayor; I recently (before the bridge opened) had the honor and priviledge of spending some interview time with Mayor “Bob” Kilger.

We covered so many issues that I probably have enough for several interviews.

“Mike Mitchell was elected to resolve the impasse.”    “The Customs Facility should be temporarily moved to Cornwall  while the issues are negotiated.”   “August first is a very realistic date..” (for the bridge being open)

“Sometimes things have to get worse before they can get better.” The Mayor also envisages the old station coming back into play at some point as it’s the best location for many reasons.

“Hope to recover as much of the costs as possible for police and other services.”

Talking with Bob I got the feeling that he took the bridge closure personally and really was visiable in trying to get a solution.

I asked the mayor about his experience as MP and how it differs from his current role as Mayor, “Nothing is more difficult than when your loyalties to your party and constituents come into conflict.” and he emphatically stated that your constituents always come number one.

The Mayor talked a lot about the short term future of Cornwall; especially about the economic growth and the changing face as the new Bridge and Hospital projects will positively impact Cornwall.   He praised our local workforce as a major attraction to new industry.

We talked about the future skyline of Cornwall as development takes place on the former Domtar site too.   Cornwall is still one of the few cities that isn’t charging for development  and with its low cost Hydro and commercial and residential property tax rates he expects more industry to come to Cornwall in the short to medium term as well.

The Mayor also talked about quality of life and the new arena (he expects Mr. Lecky’s group to exceed the $2 Million dollar target) and aquatic centre as well as the “vastly improved” new hospital and medical services being a huge attraction to young families.

We got to talking about the local Liberal scene.   He said that

Cornwall City Councilor Bernadette Clement would “lift the spirits of local Liberals who could be looking at a fresh new face, but that she’ll have some strong competition if she decides to enter the local race.”

I should have more from the Mayor soon and hopefully he’ll participate in our Charity Hockey Pool that starts this year!