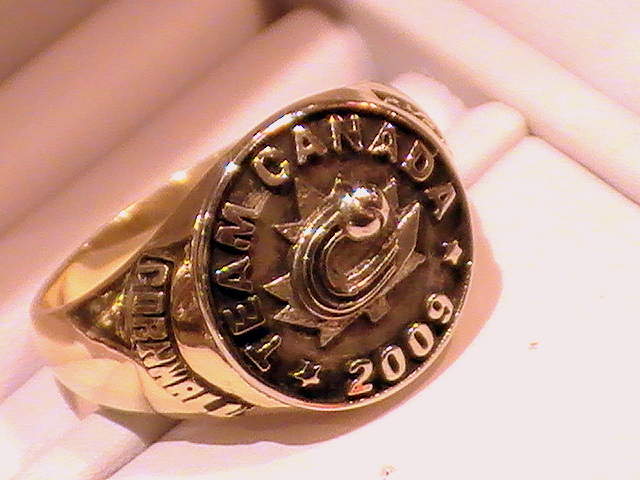 Cornwall ON – This year’s Cornwall Black Sox are edging closer to forcing André Pommier to making another set of Championship rings after they became the Ontario Senior Little League Champs again defeating Windsor!

Coach Marc St. Denis must be doing something right as repeats are not an easy thing to do; especially at this level.

Now it’s off to the Nationals as they fight the odds even more to try and repeat as National Champs of Canada!   Here’s to hoping that the boys will have André busy again soon preparing a new set of rings for 2010!