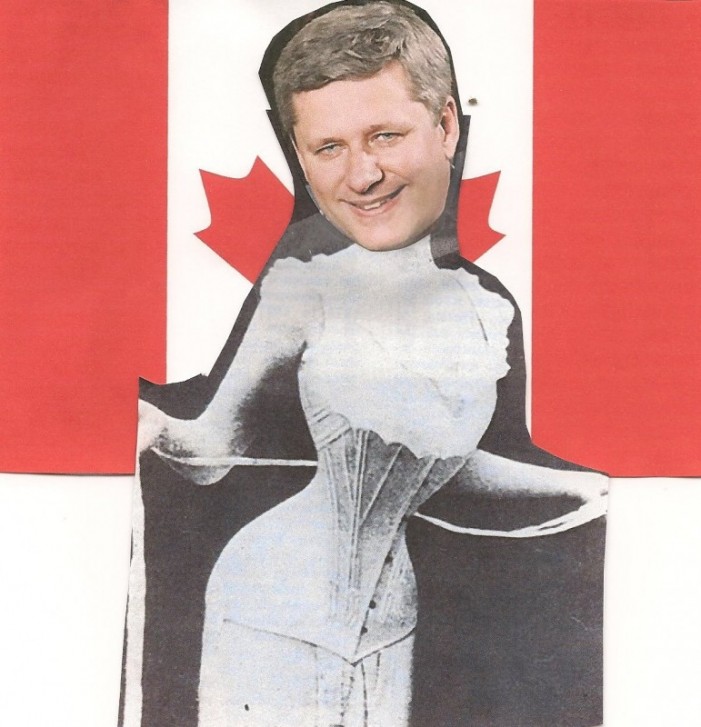 Cornwall ON – So what is Stephen Harper afraid of?  And what are his team afraid of?

His media bubble reminds me of the Cone of Silence from the Buck Henry TV show, Get Smart.

Why would  you hide from Canadian voters?  Jean Chretien certainly was never afraid of Canadians.

Here in Cornwall Ontario MP Guy Lauzon is keeping a very low profile and in our case refusing to respond to any request for information or interviews from our newspaper and elsewhere Conservative Candidates are refusing to debate other candidates such as this example.

Tory incumbent Deepak Obhrai says he won’t participate in a federal election candidates forum in his Calgary East riding, insisting he’s got better things to do during the campaign – like meet constituents – than debate his Liberal challenger.

And it’s not just one Tory candidate either.

So why are the Conservatives hiding from Canadians?   What are they trying to hide from the voters?   It’s pretty cowardly behavior if you ask me.  Between bubbles, forcing out Elizabeth May from the televised debates, and some other bush stunts is this the behavior of people that we really want representing Canada?  You the voter gets to decide May 2.

We’ve put together a poll to let you vote who you’d think would make the best Canadian leader past and present, and maybe even future.

With Stephen Harper Hiding in a Bubble We Ask Canadians Who They Think Would Be the Best Canadian Leader – POLL added by admin on April 7, 2011
View all posts by admin →