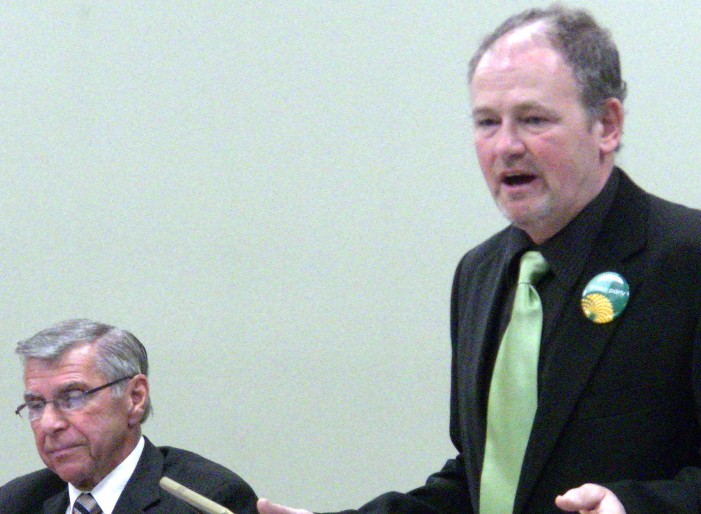 Cornwall ON – Harper Conservative MP Guy Lauzon has taken quite a beating during the four debates this week.  I was at the Martintown debate Monday and the crowd turned on Mr. Lauzon after his answers about the Seaway International Bridge crisis and his and the government’s role in how it was handled. Mr. Lauzon admits to an angry Resident of Akwesasne that there was a plan to remove CBSA from the Island in advance of the Protest

This election has been very interesting in that many Conservative candidates seem to be in hiding like Mr. Harper himself.  Question limits; not talking to press, and other anti-Democratic behaviour.

We shot a lot of video which is all available on our You Tube Channel.

MP Lauzon explains that Surpluses are bad and Deficits good?

and my fave for the evening as my MP beats his chest on his mailouts?  31% of how many?

It was an interesting and vibrant debate compared to some of the others that have occurred in this riding.   Sadly not enough is being heard from all of the candidates and not enough about the really important issues.

Libertarian candidate Neal Donnelly chose to sit in the audience after a mix up on invites.

We will have more coverage from this week coming out this weekend!

Martintown debate for SD&SG Ontario Shines a Light on Bridge Issue and Mr. Lauzon’s Mail Outs – Crowd gets ugly – April 23, 2011 added by admin on April 23, 2011
View all posts by admin →