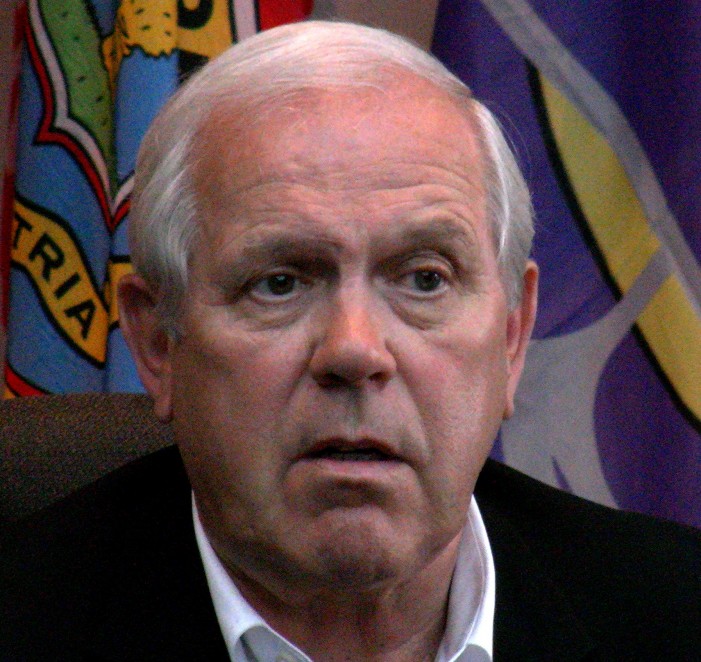 Cornwall ON – Mayor Bob Kilger and the City of Cornwall Ontario sent out the following release today:

“Mayor Bob Kilger has announced that he will be taking intermittent leave from his duties as Mayor of the City of Cornwall over the next several weeks in order to address a medical issue.

Mayor Kilger has been diagnosed with stomach cancer.  He will begin chemotherapy later this week. The prognosis for a positive recovery is excellent.

“I fully intend to aggressively fight this disease and will be following closely the directions of my physicians and the staff at the Ottawa Cancer Clinic,” stated Mayor Kilger. “I look forward to completing my treatment so that I may continue to serve the citizens of Cornwall.”

During Mayor Kilger’s absence, members of Council will serve as Acting Mayor, following normal City protocols. The office of the Chief Administrative Officer will co-ordinate this schedule and will work with Council to ensure that all matters directed to the Mayor’s office are dealt with.” The Mayor’s spirits were good and he shared that while there’s  a difficult road ahead his prognosis is good as it was discovered  while he was treated for ailments earlier in the year.

The 5 year recovery rate for early discovered cancers of this nature is as high as 80%.