View From the Hill by Keith Beardsley – NDP Leadership Race Heating Up as Contenders Chase the Spotlight – September 16, 2011 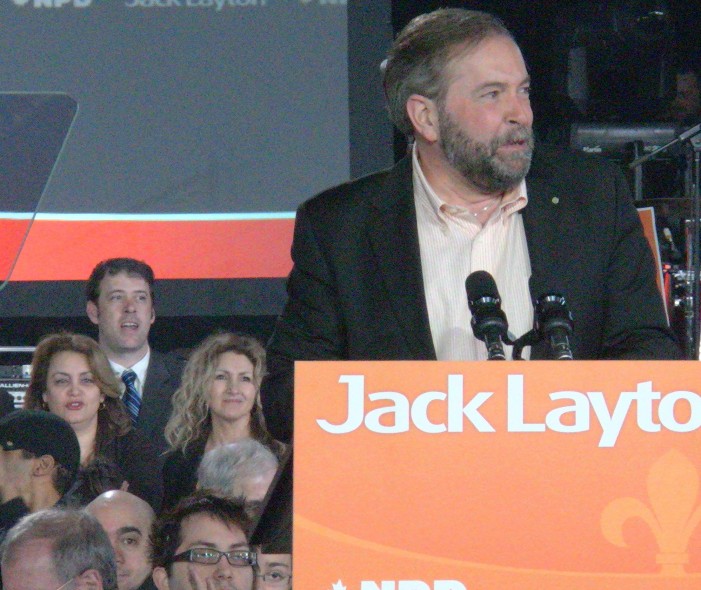 CFN – It seems that every day we are treated to another relatively unknown NDP MP declaring that they are thinking about running for the NDP leadership position.

The list grows because they all want their name in lights and it is a great ego boost to see the media plaster your name coast to coast. The sad part is that in most cases all it will ever amount to is an ego boost.

So far we have Brian Topp in the race and then a long string of those thinking about it including Thomas Mulcair, Libby Davies, Megan Leslie, Paul Dewar, Nathan Cullen, Niki Ashton, Peter Julian and Romeo Saganesh (who may decide today to support Topp)

Topp has been quick out of the gate and most give him the lead at this time. While he is a formidable contender, there are others who have not yet declared they are running and it is to early to assume that he will be the eventual winner.

Assuming Thomas Mulcair does decide to contest the leadership it will boil down to a knock down vicious fight between him and Brian Topp.  Muclair’s personality is such that he will fight a take no prisoners’ battle. If he wins, and don’t count him out, there will be a significant number of angry and disappointed NDPers from coast to coast that will require a lot of the new leader’s time patching up the wounds.

Mulcair got a significant boost this past week when the leadership rules allowed him to remain as Deputy Leader throughout the leadership race. With everyone else having to give up their critic portfolios after they announce that that they will be running, Mulcair will be the only candidate (assuming Libby Davies does not run) with the opportunity to maintain a high media profile and the only one able to use the daily Question Period to keep his profile in front of the NDP membership. Between now and the date of the leadership vote, as Deputy Leader, Mulcair can be up in front of the cameras on some 95 days (the  number of days Question Period will be held prior to the leadership vote) which gives him a significant advantage.  He is a very good performer in Question Period and he should easily overshadow Nycole Turmel’s performance. As Deputy Leader he gets to ask questions in the highly valued number two spot when Turmel is in the House and he is the lead off questioner when she isn’t. Even Topp can’t get that type of guaranteed daily media exposure, especially in the fertile recruitment area of the province of Quebec. This is a serious flaw in the NDP leadership rules that needs to be corrected.

In addition, Mulcair is a veteran provincial politician and provincial minister who served as a member of the National Assembly from 1994-2007. He has collected plenty of IOU’s along the way and when you add in his organizational skills, he is a major threat. If he runs, he has the potential to win.

Much has been made of Ed Broadbent’s endorsement of Topp and while it certainly counts, it will be but one of many deciding factors in this contest. While Broadbent was an NDP star from 1975 to 1989, many of the younger NDP recruits were not even born then and for many others, Broadbent is but a name in the history books they studied in high school.

We are now at the stage where various potential leadership contenders will be trotting out MPs, party officials or union officials to endorse their candidacy. It will be interesting to see which leadership candidate members of the caucus throw their support behind and it will provide some insight into the impending leadership battle and its potential to divide the party into two main camps.

Any time a leadership race becomes a contest of two heavy weights slugging it out there is the risk that each side and their supporters will refuse to admit defeat and drag out the vote to a bitter conclusion. When that happens there is room for the Stephane Dion factor to come into play and a third person comes up the middle to take the prize. Unfortunately that is about the only chance any of those “thinking about running” have to win.