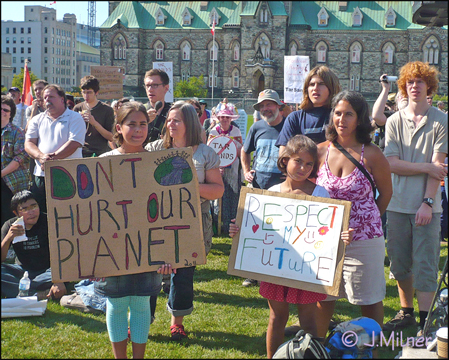 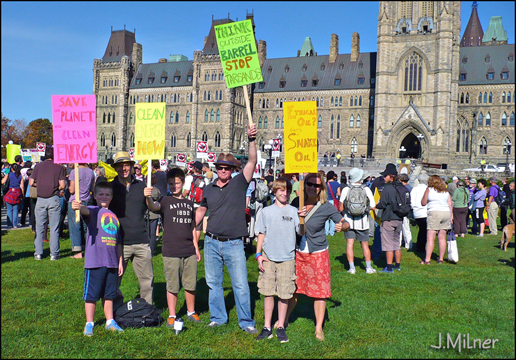 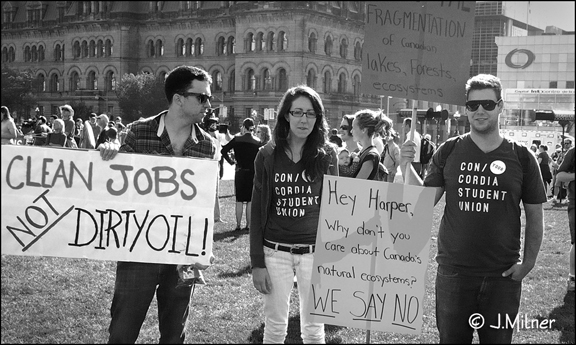 CFN – I spent this past Monday morning in Ottawa at Parliament Hill, feeling compelled to support the people who traveled on this day to peacefully protest the proposed XL pipeline.
.
I have read various reports/sharings on the affects tar sand projects are having on surrounding populations and environments.
.
They do not paint a pretty picture.  So I readied myself for this trip not really knowing what to expect and preparing myself for a range of possible scenarios.
.
I went with the intention to return home safely that evening so was there to support the message of “no XL pipeline” to Prime Minister Harper and lend moral support to the many that were prepared and did cross the picket line with their message of “respect for earth before profit”. As I approached Parliament Hill on foot with my two associates that I had carpooled with to this location, I had hoped to see a mass of concerned people spilling over the sidewalks and streets leading up to the hill.  Numbers are after all a major driving force in such an initiative. This was not to be, however a large crowd of people had gathered on the hill from many parts of our country.  Alberta, British Columbia, Ottawa, Cornwall, Toronto, Montreal to name a few.  I was deeply touched to be in the company of so many who out of their concern for our living earth were willing to make this stand for the future of their grandchildren, your grandchildren and all the lives that share this planet with us. There were many well-known “celebrity” names and faces present (Tantoo Cardinal, Elizabeth May and Maude Barlow to name a few) however what struck me more than these were the regular Mr. or Ms. Smith who were present; the children and students who wanted to lend their support and heart to sending the message “the time is now to put people and the health of our planet before profit”.  “If we don’t take care of this land, the land will not take care of us”.

In conjunction with this physical demonstration there have been many who have sent notes to Mr. Harper (pm@pm.gc.ca) expressing their concerns about this proposed pipeline.  Asking Mr. Harper to STOP the exploitation of the land and the proposed pipeline.  Knowing Mr. Harper is entrusted with the responsibility of a decision that will affect generations to come, citizens are asking Mr. Harper in his wisdom to examine his motives and conscience, and to consider the greater and lasting good more than the short term economic gain when ruling on this proposed project,

In the words of one of our Earth Matters readers, our Prime Minister “is representing Canadians at a time when crisis and opportunity meet on many critical global issues.” The effects of the decisions concerning this proposal extend well beyond our borders, beyond our lifetime and that of our great-grandchildren.  We extend our advance heartfelt thanks to Prime Minister Harper for his careful and objective consideration of the pipeline proposal. Your commentary is encouraged and always welcome  below or to earthmatters@cornwallfreenews.com