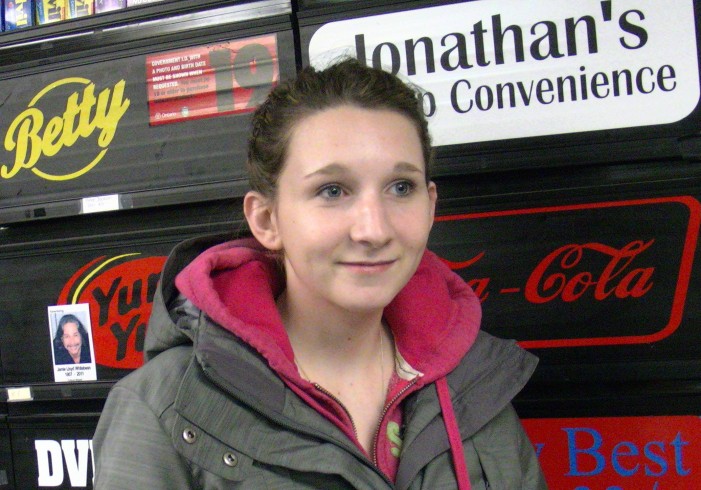 CFN – Eighteen year old Kelsie Granger didn’t get to celebrate New Years.  The first year student at St. Lawrence College was working behind the cash at Jonathan’s Convienence Store at 6th and Bedford streets in Cornwall Ontario when a masked intruder entered the store and threatened her with a syringe filled with “Red Liquid”.

The intruder; wearing a black mask was approximately 5’5 and of average weight.  He was caucasion and spoke with no discernible accent.   Cornwall Police arrived shortly thereafter shutting the store for nearly four hours as they investigated and questioned neighbors.

They were quoted as saying this was the first robbery of its type in the city of nearly 50,000 people where the assailant threatened with a syringe.

Ms Granger is now unemployed as she quit her job after a sleepless night.  She was not physically hurt, but quite frightened by the ordeal.  We will be updating as more information becomes available.