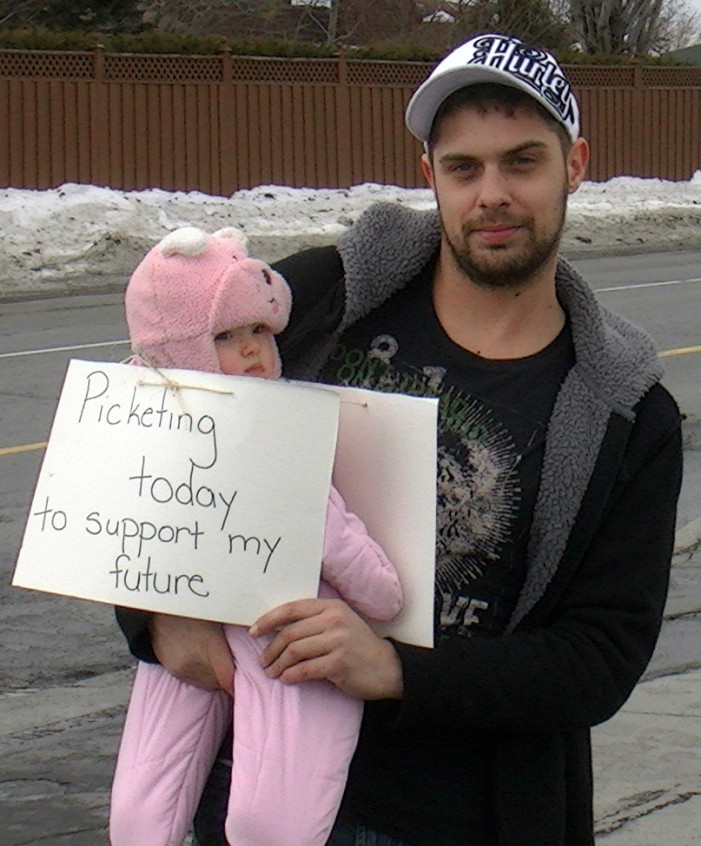 CFN – What started out as a one man picket by nurse Christopher Cameron  exploded into a crowd that peaked at nearly 400 Saturday in front of the Cornwall Community Hospital.

The crowd braved winds as high as 70KMH that caused tree damage in the area.    The signs were in full bloom and cars honked their support regularly. Old school tail gate speeches ensued, but there was another element that has invaded the protest triggered by the Richelieu Club’s antics at Cornwall City Council Monday night.   Sadly for some this is turning into a language war when it was never stated as such.

Interviews with none of the original protester revealed any inclination  to not offer bilingual services.     Nor did the Township of South Stormont’s motion suggest such; but after the Monday night council meeting in Cornwall language battlers as far away as New Brunswick invaded the protest.

This is what happens when you have a vacuum of leadership; extremists take over the agenda.  With the MP, MPP, Mayor and Council in Cornwall playing hide the sock on this issue for fear of upsetting someone chatter seems to be spinning things further.   None of the above were seen at the protest.

Add in a Hospital that is selective in who it speaks with, advertises its message with, and refuses to present copies of the French tests to the public that surely would put this subject to rest one way or another.

For mayor Bryan McGillis of South Stormont and Deputy Mayor Tammy Hart who were present it was public vindication as the good mayor has been crucified by the Standard Free Holder for their motion.

Apologies for sound issues on our video as the wind was brutal!

Thanks to Don Smith for the tailgate video!

We will be updating this story as more information comes in.  In the meanwhile you can comment below.