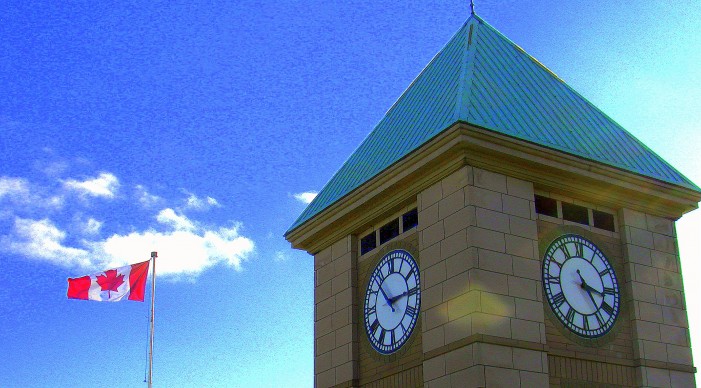 CFN – What is going on with the Cornwall Minor Hockey League in Cornwall? Local Assistant Coach and Parent concerned with the escalated violence shown in the House Leagues.

Local Volunteer Assistant coach and parent Kevin Rivette is very concerned with the future of the Cornwall Minor Hockey League and its House League Teams. Rivette has noticed an increase in the body contact that is being exercised on the ice and he is not happy about it.

“My last game last night showed me how much more these kids are seeing the winning aspect more than the fairness of playing a good hockey game! In this division being it Midget or Bantam, the players are using more and more body force to win the game and using intimidation, body contact and verbal words on the ice to win at any cost!:” said Rivette.  “This is not hockey, and if they wish to be boxers, then perhaps they should change sports! I am sure that Toni Luis will be happy to coach them if they wish! He is a fighter but he did not get his success by not keeping a level head out of the ring”

Over the past several weeks, several parents have brought the Cornwall Minor Hockey League their upset about the increase of referee calls and unfair ice conduct on and even sometimes off the ice. There have been several incidents and complaints that have been brought to the attention of the Cornwall Minor Hockey League and several parents are starting to feel that their voices are not being seriously considered or heard.

From what Rivette understands this has been an ongoing issue that has been noted a few years ago and is continuing to bring a lot of controversy to the game, the players and the parents. Rivette blames a big part of this to the increase of the conceptualization of “cool to fight” mentality that seems to be in some of the teenagers in these divisions!

“Fighting is never the answer! The kids seem to think that this is funny. Until someone gets seriously injured and in many cases suffer unneeded post game symptoms because of it!. It saddens and upsets me because the players do not understand that if you play a good fair game, everyone wins. But winning at any cost is not the Canadian Game that we value. And the Game that you see on TV is not always how it should be played.”

Rivette has noticed on his team, the demoralization of his players on his own team players who have skipped games over bad calls, getting down on themselves and losing confidence due to the loss of professional conduct on the ice and in the sportsmanship of some.

The Cornwall Minor Hockey League last week lost a 20 year veteran volunteer coach, convenerand member of the volunteer of the board due to the lack of willingness by the league to attempt to rectify legitimate complaints by some parents. Feeling that the several needs were not heard, he escalated his lack of confidence views to a higher authority being the ODMHA and was asked to step down from the Volunteer Executive Board of the Cornwall Minor Hockey Association or be voted out at the elections which is open to the parents who have registered players in the league in March 2012.

Sadly the league lost a great mentor, person and coach as well. Unfortunately, several parents complained last year when they were not contacted for the meeting in 2011 as the date was moved without parents’ notification.

Rivette was upset to hear from one of his parents after the game this statement:”who doesn’t like a good fight at a game!” Appalled by this comment, Rivette warns parents that good sportsmanship is played something that is taught on and off the ice!

“We are now going into the playoffs in the league. If this is an indication of what is going  to go on, there will be more and more injuries!  And with this the potential to be criminally charged in some cases if this is a deliberate and meditated intent. I ask these players to keep a level head on the ice and to play a fair and clean game, because to you it might be a simple game, but that game could cost you a life and your actions could cost you your life!”

Rivette would appreciate if anyone who is affiliated or associated with hockey in any way to bring forth their concerns to the local medias and the Cornwall Minor Hockey Association about this situation and let them know about how they feel about the game and the way that the game will be played in the future for Cornwall Minor Hockey in our community. “It’s time for people to speak up! Before it’s too late!”

Violence in Cornwall Ontario Minor Hockey Called into Question? March 5, 2012 added by admin on March 5, 2012
View all posts by admin →