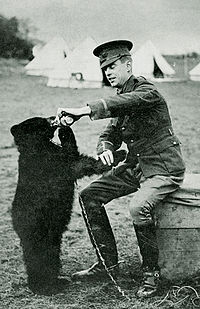 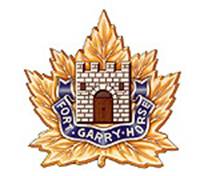 CFN – One of Canada’s most storied military units, the Fort Garry Horse Armoured Reconnaissance Regiment, will commemorate its 100th anniversary in the month of April of this year and is reaching out to past members to participate in the celebrations.

The Regiment, based in Winnipeg, Manitoba has established a website and is urging former members of the famed unit to log on and familiarize themselves with the Centenary plans, to register to attend the celebrations, or just to reconnect with former comrades by leaving a message on the website’s Guest Book.

The Centennial activities will begin on Thursday April 12 and continue through to Sunday April 15th.

The “Garrys” history is etched in the vanguard of Canada’s military forces from the North West rebellion, through both world wars as cavalry atCambrai, in tanks on D Day, on NATO and UN duties around the world and as light armour reconnaissance in Afghanistan. The Regiment has also served Canada on the domestic front with its soldiers called upon to battle floods and to provide other aid to the Canadian and provincial governments in times of crisis.

While the Regiments history is dominated by its actions on the battlefield, a Fort Garry Horse soldier and his chance meeting with a little black bear cub is credited with being the inspiration for one of the most heart-warming and beloved children’s stories of all time.

Lieutenant Harry Colebourn and other soldiers of the Regiment were traveling from  Winnipeg on a train bound for Quebec on their way to Europe to fight  in World War 1. The train stopped at White River, Ontario. There, on the station platform, Colebourn  spotted a hunter carrying an orphaned black bear cub. He bought the cub for twenty dollars.

He took her on to England as his troop’s mascot, and named her Winnie for his home city of Winnipeg. Before shipping on to the battle field inFrance he left Winnie at the London Zoo, where she was discovered by author A.A. Milne’s delighted son. Winnie inspired Milne to write stories for his child, stories about a bear named Winnie.

The rest as they say, is history!

The four days of the Fort Garry Horse Centennial celebration will include a Bus tour of the City and it’s various locations of military interest; a Meet and Greet reception at McGregor Armoury, the unit’s home; a Freedom of the City Parade and ceremony with a Roll Past of modern and vintage vehicles used by the Regiment; a second Parade at the Manitoba Legislature to commemorate the Centennial and to also mark the stand-up of a new Regiment, the 31 Engineer Squadron; a 100th Anniversary Gala Cavalry Ball at the beautiful and  historic Fort Garry Hotel; and to end the week-end, a Farewell Brunch at McGregor Armoury on Sunday, April 15th.

The Commanding Officer of the Regiment, Lieutenant Colonel David Atwell urges all current and former members of the Regiment to try and attend at least some of the activities planned for the Centennial week-end. “The Fort Garry Horse family is an important element in the history of our country and in the lives of those who have worn the shoulder patch and occasions such as the upcoming Centennial week-end strengthen those bonds and I hope to see as many as possible attend,” said Lt Col Atwell.