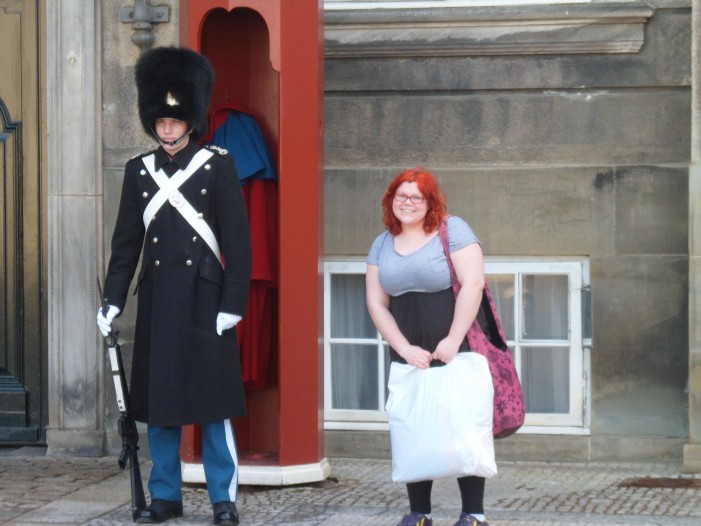 CFN – Being able to go on a vacation within a vacation is something that I thought was impossible, but it turns out thaat it isnt so impossible afterall. This past week found me in the Capital of Danmark, Copenhagen (or København in Danish). It was a week filled with doing many tourist things, a lot of shopping, and a lot of being overwhelmed by the stream of continuous languages that you are surrounded by.

Despite my city, Aarhus, being the second largest city in the country, it is less common to hear the constant stream of english that I have been hearing for the past week. Back in Aarhus, everytime that I have heard someone speaking english, I would either stare in amazement, and or ask where they are from. I have found that it is just simply impossible to do so in Copenhagen. Not only was there a constant stream of English, there was also a constant stream of Spanish, Italian, French, German, Dutch and of course, Danish. Just to mention a few.

I was able to stay in the host family of my fellow Canadian friend, Anthony, and together we had quite a lot of fun together, by making beaver tails, and kraft dinner. We also went to the Opera House of Copenhagen to see a symphony on the Friday evening with four other exchange students, and if the marble floors didn’t give you the hint, let me tell you — it is fancy and beautiful!

However, I did start my trip here with my family, and we had the chance to do a lot of things as well, like visiting the Queen’s Castle, where I was able to successfully get the stoic guard to speak to me, just before I was told to stand back for the perimeter walk that they were about to conduct.

Me: are you going to kill me if I stand next to you?

Guard: not too close.

Me: meeeeh, okay! ….*smiles for photo* So, have you ever had to kill anyone with that rifle?

Me: really? Has it ever come close? Like, have you ever had to threaten anyone with it? What if they threatened the Queen?

Guard: it has come close a couple of times…
*Bell rings overhead* Guard: STAND BACK

*they start doing fancy things with their guns simultaneously while I run back to the safety of my family.*

I must say that as soon as they started doing fancy things with the guns, I was convinced they were just trying to kill me… I’m glad that they weren’t!

I also had the chance to visit the famous statue of The Little Mermaid by the Danish author, Hans Christian Andersen, where I was also able to tell the story about the statue to a couple of other foreigners that were there to see the statue. Apparently, it is something that not many people know about; in the 1960’s a rebellious man decided to saw the head off of the statue, and succeeded in doing so, and also burying the head somewhere where it has yet to be recovered. The head had to be completely remodeled and put back on. There was also an incident with the right arm being sawed off, but it was returned the following day by two young boys. There had been one more attempt to saw off the head in the 90’s, which has left a cut in the neck about 18 centimeters deep.

Although I had an amazing time in Copenhagen, when I arrived home late Saturday night, it was probably the best feeling ever.  I realized how much I love and appreciate my host family, and how much I’m going to miss them when I move onto my third and final family on the 25th of March.

Tabatha Pilon is a 17 year old student from Cornwall Ontario spending a year in Denmark.   She will be writing to us  each week or as her “gymnasium” schedule allows.

.
If you have questions for her or would like to sponsor her column email us at info@cornwallfreenews.com