Letter to the Editor – Eric Little of Ottawa Ontario on the Cost of Official Bilingualism – March 22, 2012 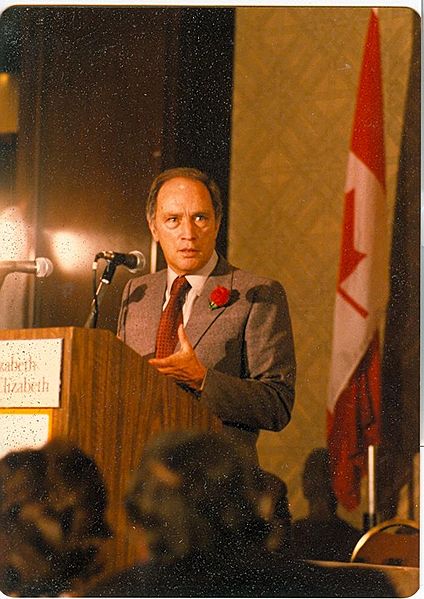 During such a time of high debt and deficit in Ontario, has anyone questioned the expense versus need for French language government departments and services? At first glance, we see 25 people involved with Francophone Affairs and another 6 with the French Language Services Commissioners office. Salary alone would be in the 2 million per year range for these 31, however other positions like reception or shipping may be possible and not listed on the government website.

.
There are broad references to other costs, the committee of 12 put in place to provide input in the planning and development of French language services for example.  Of course areas like the French TV channel, Intergovernmental Affairs responsible for Francophone affairs, administration for 25 designated zones, are constantly expanding and costing,  since the mission of the Francophone Affairs office is to, “strongly encourage government ministries and agencies to proactively design policies and programs that are adapted to their Francophone clientele”.

As in any group, there will be people who push the envelope, want something different or extra even. All people with a French lineage are not to blame, the pattern of entitlement if you will, started with the Plains of Abraham and the Quebec Act of 1774.  Sir Guy Carleton, (1724-1808) the first Baron Dorchester, a quartermaster general in 1759 (with James Wolfe), governor-in-chief of British North America, had also performed roles of Lt. Governor and then Governor of Quebec. This co-operation that Sir Guy Carleton put in place could be considered appeasement but I wonder if this kind of co-operation was behind the Maurice Duplessis motto, co-operation always, assimilation never.

Jean Lesage fought for change to the Canada Pension Plan, to provide special rights and privileges in Quebec.  Rene Levesque wanted to open offices in foreign nations to push Quebec towards nationhood status. Pierre E. Trudeau providing the Official Languages Act without consultation leads to many costs and issues we see today. I suggest the Official Languages Act needs to be updated to provide fairness now and in the decades to come. Compromise, tolerance and fairness for all yes, but should be discussed without so much cost, litigation and ill will. An Albertan fighting a unilingual traffic ticket, a Sprite instead of a 7up, unilingual Nurses in Cornwall among other jobs in other areas denied advancement or work over language. With hundreds of years of special treatment who can blame a few for asking for more? However the shut off valve has gone missing so the Act language needs updating, “where numbers warrant”, is expensive and has taken on a life of its own. This does not mean services will end, just don’t walk into an all English bar and “expect” to be served in another language.  Sure this may be your own country, but it is for thousands of others as well who do not speak either French or English.

Let’s define co-operation and true need, then provide services in a cost effective and reasonable manner for ourselves and future generations.

Letter to the Editor – Eric Little of Ottawa Ontario on the Cost of Official Bilingualism – March 22, 2012 added by admin on March 22, 2012
View all posts by admin →

27 Responses to "Letter to the Editor – Eric Little of Ottawa Ontario on the Cost of Official Bilingualism – March 22, 2012"