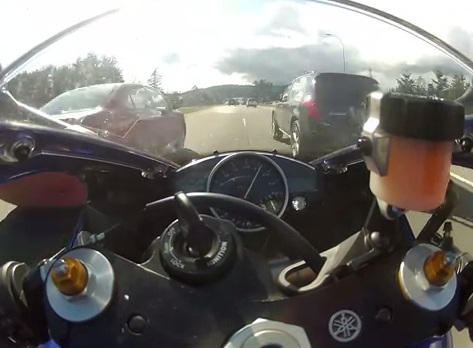 CFN –  An unidentified 25 year old BC man is alleged to have gone on a wild ride on a Victoria Highway with speeds hitting 299 kilometers per hour!

The video was shown on you tube recently and has gone viral.

Now we know why Motorcycle insurance is so expensive.  BC law enforcement officers were shocked suggesting that even the slightest error or accident would have cost the driver his life.

The bike itself was seized and it’s owner alleged to be the driver’s mom was fined nearly $1,500.00 .

The 25-year-old suspected motorcyclist has no valid driver’s licence and no insurance as a result of 27 driving-related convictions including speeding and driving without insurance, Jantzen said. He has had his licence suspended five times.