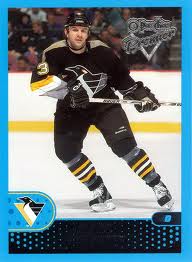 He has now been chosen to run the team as Owner Geoff Molson pulled the trigger and decided to hire Mr. Bergevin over leading candidate Pierre McGuire.

It’s an interesting pic.   Mr. Bergevin is being labelled a really nice guy.  He’s never been a GM coming  over from Chicago where he had just become Assistant GM under the Bowman’s.

Listening to Tony Marinaro (one of the best broadcasters in Canada at this time in either English, French, or Italian) talk about the decision I have a hunch that he isn’t excited about the choice and frankly neither am I.

I’m not upset.  It’s not a mistake.  It’s safe.  The team needs to make some transitional moves and most likely Mr. Bergevin is the best choice for right now and the choice that will work well under the guidance of Serge Savard.

Big topics this morning is Scott Gomez who if the team is patient will be tradable to a team needed to reach the Salary cap floor or can be sent to Europe and have his cap hit buried.  No need to do a buy out and penalize the team unless the new agreement has a clause that allows to dump contracts.

But there are far larger question marks on this team as there is no real core design and of course the choice of head coach should dictate the new direction of the team.

Montreal has some great assets; not too many great contracts and cap issues should always be a concern.   They also have the number 3 draft pick which should have an immediate impact.

There’s no reason to go into rebuild mode.   The Habs need to do into design mode and carve the roster to the goals of the new GM and new coach.

It should be a very interesting off season for Canadiens fans.