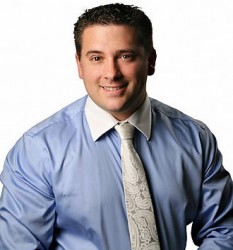 CFN – Governance is the act of governing. It relates to decisions that define expectations, grant power, or verify performance. It consists of either a separate process or part of management or leadership processes. These processes and systems are typically administered by a government.

.
As the definition states our Councilors are or should be directly responsible for defining the expectations to city administration on the citizen’s of Cornwall’s behalf and grant power to certain individuals to do so.  Verifying performance has been seen as micromanaging and any time the discussion of performance comes to light it is washed aside as a non-issue or an issue not needing attention due to the mirage some senior politicians have created to protecting themselves from being scrutinized against.

The fact that we just hired a consultant to perform “Team Building Tasks” for our municipal council and its administration is mind boggling.  Our Council needed to spend money to be told that they should discuss topics more before making decisions….ouch!  That is pretty much making it clear in my opinion that too many decisions have been made without discussing them enough!

Also, Mayor Kilger said it would take some time to digest and select some priority areas from a fairly exhaustive list of suggestions………another example of how one could think that poor performance is being administered, if an outside consultant , provided an “exhaustive list” of suggestions or that Mayor Bob is getting old and is exhausted very easily!

Bob Kilger ran his last election campaign under the slogan “Builder Bob” and he lashed out against Mark McDonald saying he would create a Gong Show at City Hall.  Well the Gong Show is here and it had nothing to do with Mark.  Your comments Mr. Kilger were that there was no need nor would it benefit the City if such a government existed.

Why have you not resigned or made any personnel moves? Surely the leader of an efficient government would clearly recognize the need for change after so many in the community have voiced their displeasure with the way city hall is being operated.  The lack of taking sides during important debates, the mistreatment of employees, the lies and image portrayed by so many closed door meetings cannot be considered as part of an efficient government!

In summary, if our municipal leaders need to pay a consultant to tell them to use public consultation, discuss topics amongst themselves and to seek the input of administration more often before making decision at council; then the need for change around the table has never been as clearly needed than as of today!  The fact that an exhaustive list can produced by an outside agency in such a short period of time should open a few eyes of those who have supported certain figure heads at City Hall!

The time for change is NOW and the people not the process are the problem despite what  their self-evaluations may say!  This reminds me of the bad employee blaming the company or process for their firing instead of themselves for not being capable of doing the job properly!

Open Mike by Mike Bedard – City Governance – More Dollars To Consultants in Cornwall Ontario – May 4, 2012 added by admin on May 4, 2012
View all posts by admin →