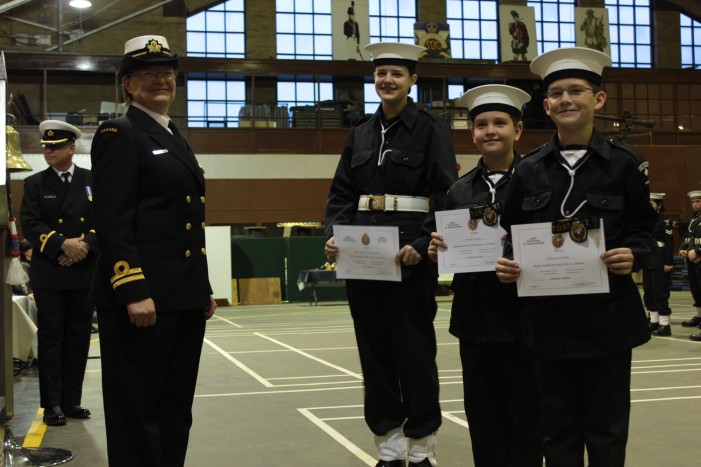 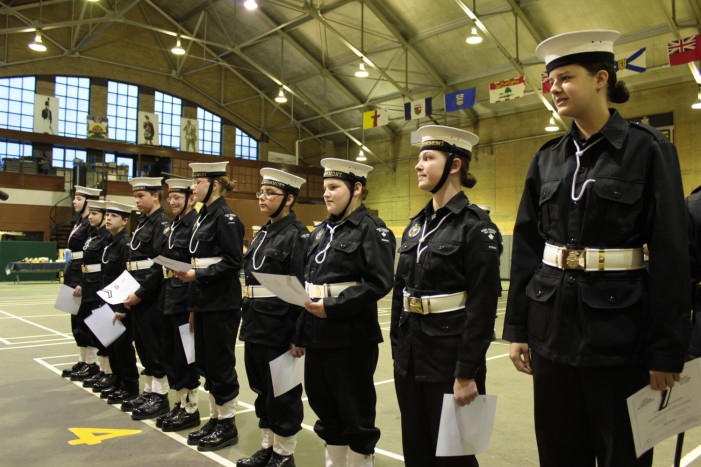 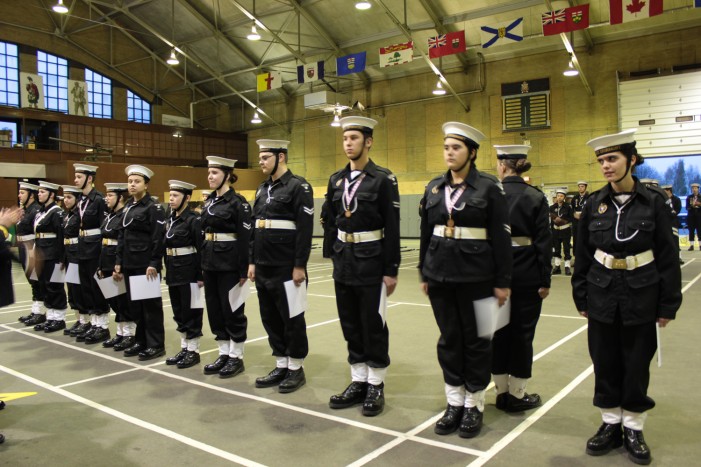 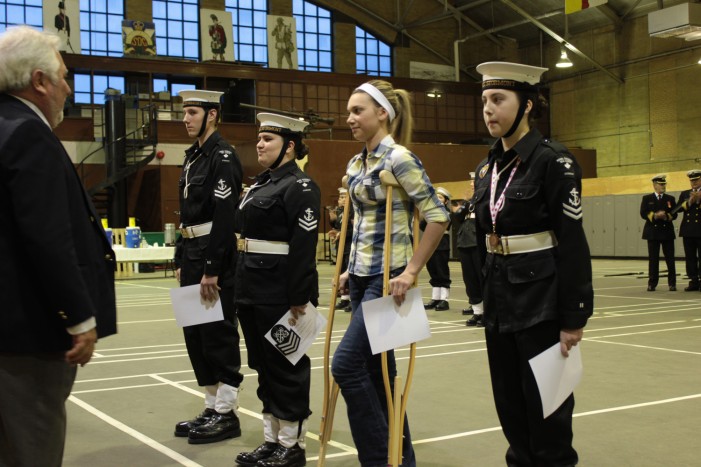 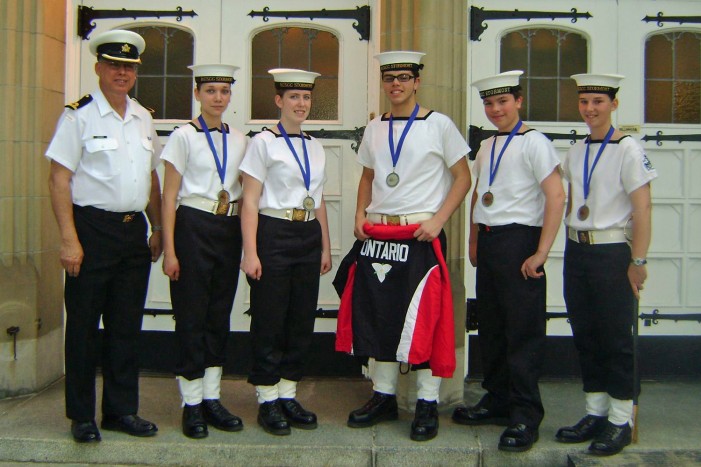 CFN – Monday evening was a time of celebration for the local Sea Cadet Corps as families and friends gathered to witness the presentation of some twenty awards for those who made significant progress and contributions, ranging from marksmanship skills to team spirit. The short video below is a tribute to those who were recognized.

It was also an occasion to bestow promotions on cadets who were moving up a rank. Stormont Corps won the 2012 Zone Shoot and qualified for the Provincial Competition as the last place team. The Provincials were held over the weekend of April 13 – 15th at the Canadian Forces Base Trenton with twenty one teams present to demonstrate their air rifle skills.

Stormont pulled together and surprised many of their competitors as well as coaches and administrative staff by shooting well over their average and coming in 2nd. The competition was close with only 30 points separating 1st to 10th place.

PO2 Ronkin tied for third place overall and earned a spot in the upcoming National Air Rifle Competition to be held in Valcartier Quebec May 5th – 12th. A/SLT Saucier will also be attending the Nationals as a coach. Pictured from left to right are:

Cadets participate in band, sailing, drill, range and sports. The Sea Cadet program is open to all youth in Canada between the ages of 12 to 19. The cadets meet every Monday evening at the Cornwall Armoury on Fourth Street East, 6:30 to 9:30 p.m. This program is sponsored by the Department of National Defence and the Navy League of Canada and there is no charge to parents to have their child join.

CORNWALL ONTARIO AREA SEA CADETS HONOURED AT AWARDS NIGHT by Don Smith added by admin on May 4, 2012
View all posts by admin →