Roger E Roy Responds to Bilingualism Debate Letters to the editor – May 7, 2012 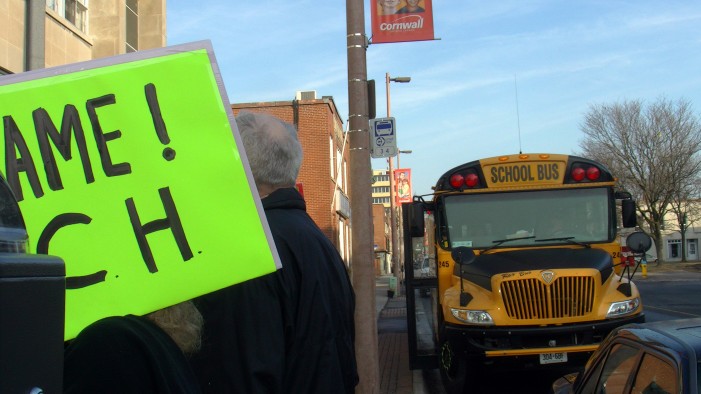 Psychologists tell us that a dark, evil shadow resides in every single human being. Keeping that dark side of our nature under control is what keeps a society civilized, and allows individuals to develope to their full potential in life. Part of that dark side includes things like bigotry and racism, insidious afflictions on human-kind. Out of control they can easily lead to mental illness, criminal activity, and even war when groups or “the masses” get carried away. No-one likes to be called a racist or a bigot, but every human being has that potential in them, and it’s based on nothing less than small, narrow minded ignorance. That’s one side of this so-called language debate that no-one seems to want to admit to, or confront. Some of us have to take a very close look at ourselves in the mirror.

Language rights in Canada, both French and English, from Canada’s 2 founding nations, go back at least as far as Confederation, and have been reaffirmed several times since. Unfortunately, those rights would not be met without legislation like the FLSA. It also took legislation to guarantee employment access for women and visible minorities to the civil service and business, both federally, and provincially.  There was a time when you saw no visible minorities in the civil service, and major corporations. One of the first jobs I had before going to university, the company I worked for had a reputation in the community for not hiring “visible minorities”, “foreignors”, or women. A manager could be fired for doing so. Unfortunately, it took legislation to change that, people wouldn’t change by themselves. One of my university professors came to Canada from Poland during the Second World War and by coincidence, worked as a farm labourer for several years not far from my home. He was a doctor, with several university degrees, and was considered a world expert in microbiology before he died. I would like to think humanity has come a long way since then.

One typical bigotted comment that was made in this paper some time ago was that the British had “graciously allowed the French to keep their language”. That’s the kind of thinking that also led to cultural genocide against Canada’s First Nations. I know of no waring or conquering nation on the face of the earth that could ever be called “gracious”, whether it’s the British, French, Spanish, or even the ancient Romans. Like it or not, they were all guilty of crimes against humanity. The French language in this country is part of our Canadian heritage, all of us, especially so here in Ontario. It’s just as important as any historical building,site or event, and it’s something that has to be preserved as part of what it is that made us, makes us, Canadians. It takes sacrifice and effort to achieve that, usually on the part of a few, like the Highland Games and Oktoberfest. How many Ontarians know what “The Gay Gordons” are, or can dance the St.Bernard’s Waltz. How much can we afford to loose?

It’s amazing how petty bigotry can get, like the recent attacks on the Franco-Ontario flag, and the placement of French & English on road-signs.There are well over a thousand flags in use in Ontario alone. The United Empire Loyalists have had their own flag ever since they first came to Ontario, 200 years after Ontario francophones. Virtually every cultural group or organization,church and religious organization you can think of have their own flags, without being the slight bit “divisive”.Just a few examples include the Canadian Belgium and Dutch Association and the Polish Canadian Club in Chatham, Ontario, The Canadian Portugese Association of Leamington, Ontario, and the Teutonia Club of Windsor. The United Church of Canada, Knight’s of Columbus, CWL, SD&G and virtually every forestry, mining and automobile company you can think of, have their own flag. The list, and I actually tried to make one, goes on, and on, and on. So what really is the problem with Franco-Ontarians having their own flag, other than racism or bigotry on the part of the critics.

Now we come to road signs. Would anyone ever think of putting the words “Long Sault Village of” in that order, on a road-side. Maybe some illiterate frenchman?  But that’s exactly what some would have you do with the French part. Incidently, the placement of words does not always put the French “first”, or “on top”, as any high-school graduate should be able to figure out for themselves. The arguement is infantile. Also, when it comes to roadsigns in this area, we should remember that as much as 95% of our tourism comes or came from Quebec. Ask anyone who lived along the access routes from the 401, or the #2 highway west of Cornwall in the 1970’s, how much of the lines and lines of traffic waiting to get to the Long Sault Parkway were from Quebec?  It’s a big part of our tourism industry in this area that our local politicians, especially at the municipal level, have a duty to protect and cultivate. On my last trip to Upper Canada Village recently, there were 5 large tour buses in the parking lot, all from Quebec, and all of the passengers speaking French. Outside of all the other considerations it’s just good business sense to cater to your market.

Critics should also stop using Quebec as an excuse. We live in Ontario, not Quebec, and it’s Ontario heritage we are talking about. If your next door neighbour on your street commits suicide, are you going to do the same thing for spite or revenge? I hope not. My earliest ancestors came to Canada over 400 years ago and settled in Nova Scotia, around Quebec City, and the tip of south-western Ontario, east of Fort Detroit. When one of my ancestors migrated to Ontario from Quebec he was accompanied by a family of Belangers and Campbells, and that part of my family tree includes names like Schmit, Hickey, MacDonnell and Schreibert, the later being a descendant of a German mercenary from Wolfe’s army. All of these people were fluent in French. To-day 90% of their descendants have lost their French. To-day only 25% of my grand-children speak French, simply because they had to move to uniligual areas of the province where there are no French schools available.

As for finding a job, anyone who expects Cornwall, SD&G, or any other area for that matter, to hire all of it’s local graduates isn’t living in the real world. The more complex your field of endeavor, the more likely you are to have to move, several times, in order to be successful in your career, even if you always work for the same company. There are only so many promotions availeable in any given place.  If you’re unilingual English, maybe you’re lucky in a way, because some say 95% of Ontario is unilingual English. This area is 30% francophone, so on that basis alone you should expect at least 30% of the jobs to be bilingual.

If you want to talk equality, and if this area is 30% +or- francophone, then 30% of the CCH jobs should be unilingual French, and 70% unilingual English. That will never happen, it’s absurd, so the so-called equality arguement is absurd. Language is, and always has been, a marketable skill in addition to any other qualification, no matter where you go in the world. There are jobs out west where fluency in Japanese is a requirement of the job (ex Jasper and Banff areas), for the simple reason that some business operators deal only with Japanese tourists, from Japan. If nothing else, it’s a courtesy to their customers. In Gravenhurst, Ontario, you’ll find jobs that require a working knowledge of Chinese. Why? Because Gravenhurst is the home of Bethune Memorial National Historic Site. Beside being a Canadian of National historic significance, Dr. Norman Bethune is also a very important national hero throughout China. Virtually every delegation or group that comes to Canada from China visits Gravenhurst. Several years ago I attended a tourism related workshop/conference in the San Francisco-Los Angeles area of California. I brought home tourist publications in no less than 7 different languages, both government and private. Someone was hired who could work in those languages as a job requierement to produce those publications. The land mass of Europe in it’s entirety, with how many languages, can be dropped inside Canada with room left over. Here in Canada we can’t even accommodate our two founding nations or their languages, our own people. What does that say about the intellect of Canadians on the world stage?

54 Responses to "Roger E Roy Responds to Bilingualism Debate Letters to the editor – May 7, 2012"