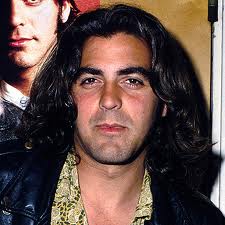 CFN – I don’t have an extra $40,000 to go to George Clooney’s party in Studio city and support

Barack Obama for President.  I wish I could.  I worked with George 20 years ago on Sunset Beat, a TV series the media calls the worst show he ever did.
.
Every time he gets nominated for an Oscar, the news outlets play the scene where he tries to pronounce the word “amphetamine” to the character I am playing.  You only see the back of my head nodding. To me, that was a metaphor on how it was to be an openly gay actor in Hollywood back then. I could be in the game, but I was not allowed to really be seen when it counted. 20 years later, you get to see me every once in a while on TV playing some character who is in charge of something, like a hotel manager or a chef, but that character has no real power. I want show my face alongside the rest of my (straight) peers.
I have never given money to the Democratic Party, even though I am a Democrat. When the phone solicitors call me, I always thank them for doing their work and politely state that I will not give money until I, a gay man, am treated as an equal. Well, that time has come. Next time they call, I will give my donation proudly.
.
As I walk on the treadmill trying to shed the same 10 lbs I’ve been trying to shed for the last decade, I watch clip of Obama in support of gay marriage on The Rachel Maddow Show, but flip back and forth during commercials to watch Jessica Sanchez singing  “And I’m Telling You I’m Not Going” on American Idol.  I start to cry.  We are not going away as gay Americans. We are here to stay and we are getting married, having children, and even getting divorced – just like you.  I watch the TV with sweat and tears pouring down my face: for the first time, a sitting president of the United States believes that gay people should have the same rights as straight people.  That people like me should be allowed to get married in the good old USA.
.
In the next segment on Rachel’s show, Cory Booker, the mayor of New Jersey (the state that created Jersey Shore…well you can’t have everything) says this fight by the Republicans to keep us as 2rd class citizens is “ridiculous and offensive”, and “enough was enough”.  Wow.  His words gave me the courage to write this piece.
.
When I first met my 31 year old straight agent Ryan Hayden, I told him I was openly gay but I wanted to play both gay & straight roles.  I asked if he was cool with that.  He looked at me as if I had two heads and said, “Who cares? I wanted to represent you because of your body of work, not your sexual preference.”  His generation sees things so differently.  I was moved, and he has given me confidence to go after my dreams in a bigger way.
.
We are appalled at so many prejudices, but for most of the country, it is still acceptable to discriminate against gays.  My Dad, a survivor of the Holocaust who passed away recently, was the vice president of a necktie manufacturing company. His factory was like the United Nations, where immigrants from all over the world were given opportunities, jobs and support.  Dad told me to wear a tie and people will take me seriously, and if I worked hard I would be a success. Little did I know how challenging it would be for me gay man to move to the next level in my career.
.
But now, for the generations of gay men and women born after me, perhaps it won’t. Thank you, Mr. President.  I hope to be at your next LA fundraiser.
.
Jason Stuart is an actor & comedian who was just seen in the Lifetime movie HOME INVASION and just completed an episode of THE SECRET LIFE OF THE AMERICAN TEENAGER. Later this year he will be seen in K11 & BEARCITY 2.
Check his updated website :   http://www.jasonstuart.com

Actor & Comic Jason Stuart Wants to Go to George Clooney’s House too! by Jason Stuart added by admin on May 14, 2012
View all posts by admin →

One Response to "Actor & Comic Jason Stuart Wants to Go to George Clooney’s House too! by Jason Stuart"