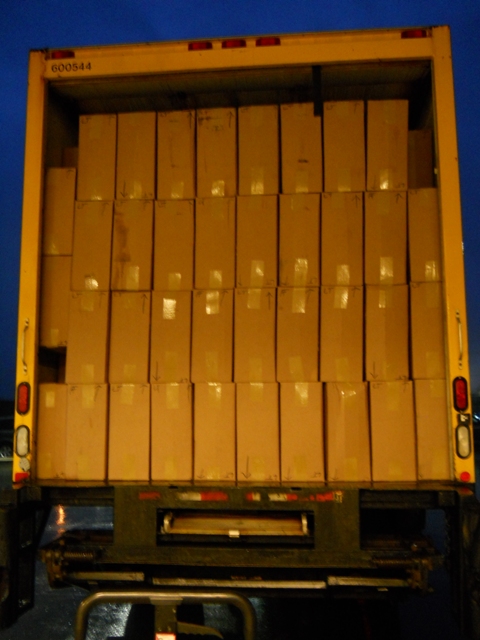 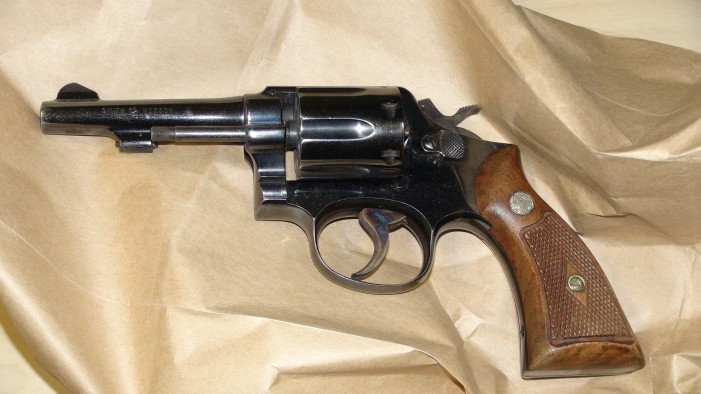 CFN – On May 15th, 2012, while conducting land and marine patrols along the St. Lawrence River, Cornwall Regional Task Force (CRTF) members observed two males onboard a boat near Grassy Island.  As CRTF marine operators approached the vessel to investigate, the individuals began to throw garbage bags overboard before fleeing towards Akwesasne, Quebec.   CRTF members recovered 436.8 kgs of fine cut tobacco from the river.  The individuals in the fleeing vessel were not apprehended.

On May 15th, 2012, CRTF members assisted the Valleyfield RCMP Detachment when they observed two boats departing a shoreline residence in the Riviere-Beaudette, Quebec area.  Once members arrived on scene, ten thousand (10,000) cartons of contraband cigarettes were seized on shore. The individuals involved had fled the location before the CRTF and Valleyfield RCMP members arrived.

On May 8th, 2012, CRTF members observed a boat departing a waterfront residence on County Road #2, South Glengarry, where two individuals were seen using dollies to move boxes from the shore. CRTF members moved in and performed a takedown at the residence. Once on scene, a five ton rental truck was observed partially loaded with contraband cases. Two males fled into the bush, one was quickly apprehended and taken into custody without incident, while the other was able to elude apprehension.  Sylvain MARTIN (age 38) from Montreal, Quebec, was found in possession of twelve thousand five hundred (12,500) cartons of contraband cigarettes. Their conveyance a 5 ton rental cube truck and the contraband cigarettes were seized.

On May 5th, 2012, Canada Border Services Agency (CBSA) members at Cornwall’s POE advised CRTF members that they had a vehicle with cases of peach stamped tobacco.  After an investigation by CRTF members, it was determined that the stamped tobacco met federal regulations.  However, the Ministry of Finance (MOF) agents determined that the two males from Hogansburg, New York, were still circumventing the allocation of tobacco to the reserve and transporting the product without proper licensing.  The MOF seized nine hundred (900) cartons of tobacco and will be charging the two individuals under the Tobacco Tax Act.

On May 5th, 2012, an Ontario Provincial Police (OPP) officer conducting a RIDE program in South Stormont, Ontario, arrested Theresa FODEY (age 45) from Cornwall, Ontario, for being in possession of nine hundred and fifty (950) cartons of contraband cigarettes. Her conveyance, a 1999 GMC Sierra pick up, along with the contraband cigarettes were seized.

On April 28th , 2012, Steven HOBBS (age 26), of Gatineau, Quebec, was checked at the Prescott, Ontario’s Port of Entry (POE), after being refused entry into the United States. Canada Border Services Agency (CBSA) officials determined that HOBBS was wanted on an arrest warrant held by Cornwall’s RCMP.  This warrant stems from a 2009 occurrence where HOBBS was found to be in possession of contraband tobacco. Members of the CRTF attended Prescott’s POE to execute the warrant against HOBBS, who was then transported to Cornwall RCMP Detachment for processing.  HOBBS was held in custody pending his bail hearing.

On April 27th, 2012, while on patrol, CRTF members attended a rest area in Bainsville, Ontario.  While verifying license plates, it was discovered that the registered owner of one vehicle was Robert LEGER (age 63).  LEGER had a warrant of committal for 30 days, relating to a Highway Traffic Act offence for driving while having a suspended driver’s license.  LEGER was arrested on the outstanding warrant. On April 18th, 2012, members of the Cornwall Combined Forces Special Enforcement Unit – Contraband Tobacco Initiative (CFSEU-CTI) were conducting surveillance along County Road 2, Glen Walter, Ontario, when they observed suspicious activities.  Further investigation lead to the arrest of Jarrett Michael SAUVĒ (age 19) of Ottawa, Ontario, and Justin Peter STEWART (age 21) of Stittsville, Ontario and the seizure of a .38 calibre Smith & Westin revolver with ammunition.  As result the two (2) males were charged with the following gun related offenses:  Possession of restricted firearm with ammunition without license/registration, transportation of a restricted firearm in an unsafe manner, possession of firearm obtained by crime, and firearm trafficking.  Both SAUVÉ and STEWART were held for their respective bail hearings. Their next schedule court appearance is stated for June 7th, 2012 in Cornwall, Ontario.

During the past month, CRTF members have issued several Provincial offence notices.  Most of the offences are related to the Highway Traffic Act, such as: failure to provide driver’s license, insurance documents, vehicle registration, and texting while operating a motor vehicle.  A provincial offence notice was also issued under the Liquor Control Act for possession of open alcohol in a vehicle.

“The collaboration of the general public is an integral part of the CRTF’s success.  It’s everyone’s business, if you see any suspicious activities REPORT IT!” said Cst. Jean Juneau of the RCMP.
If you have any information regarding criminal activity in your area, you can contact the CRTF at 613-937-2800 or call Crime stoppers at 1-800-222-8477.