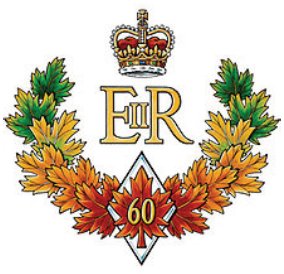 CFN – Sixty years is a milestone uncommon in Western culture today, be it a wedding anniversary, a celebration of service to the people of God or as Queen of Canada and 15 other countries as well as Head of the 54 Commonwealth states (1/4 of the world’s population).  Elizabeth II became Queen on February 6, 1952 on the death of her father King George VI.  She was proclaimed “Queen” and “Supreme Liege Lady in and over Canada” at Ottawa the same day.  Prior to her Coronation, she assumed the separate title “Queen of Canada” by Act of her Canadian Parliament.  She was crowned Queen on June 2, 1953.

In honour of Elizabeth’s 60 years of selfless public service, celebrations are being held in diverse places over several months.  Recently Cornwall’s CCVS school played host to the Neighbours and Newcomers Diamond Jubilee festivities.  Several dignitaries were piped in as students and members of the public looked on.  In procession were representatives from the Sea Cadets, Air Cadets, Royal Canadian Legion, Cornwall Police, the local Member of Parliament and M.P.P., City of Cornwall, UCDSB Trustees, Cornwall Community Museum, and CCVS Parent-Teacher Council.

Student master of ceremonies Mike Chatelaine set the tone by explaining how Canada has always been a monarchy and that the patriation of the Constitution via the Constitution Act of 1982 permanently entrenched the monarchy into Canada’s political framework.  Subsequently each dignitary took his/her turn addressing the assembly.  The celebrations concluded with the singing of God Save the Queen and the National Anthem and reception with exhibition of royal artifacts.  Some highlight footage accompanies this article.

Stormont Dundas and South Glengarry M.P. Guy Lauzon had this to say about the monarchy:

“Our monarchy is a very, very special institution.  We in Parliament recognize that and honour that.”

“some of the huge medical and scientific discoveries that were made came about because of the freedoms and opportunities that we’ve had under this system that most countries in the world would quickly trade for our system.”

This coming Saturday, The Lost Villages Historical Society will host a Diamond Jubilee Tea in honour of the monarch as reported in a recent article here on Cornwall Free News LINK

CELEBRATING 60 YEARS AS CANADA’S QUEEN : Diamond Jubiliee Tea In Cornwall Ontario by Don Smith added by admin on May 25, 2012
View all posts by admin →